Lenovo plans to launch two different versions of the ThinkPad 13 this year: one with Windows and the other with Chrome.

The basic specs for both are the same, including a 13.3 inch display and an Intel Core i5 processor. But I caught up with Lenovo this week and found that there are a few physical differences between the laptops. 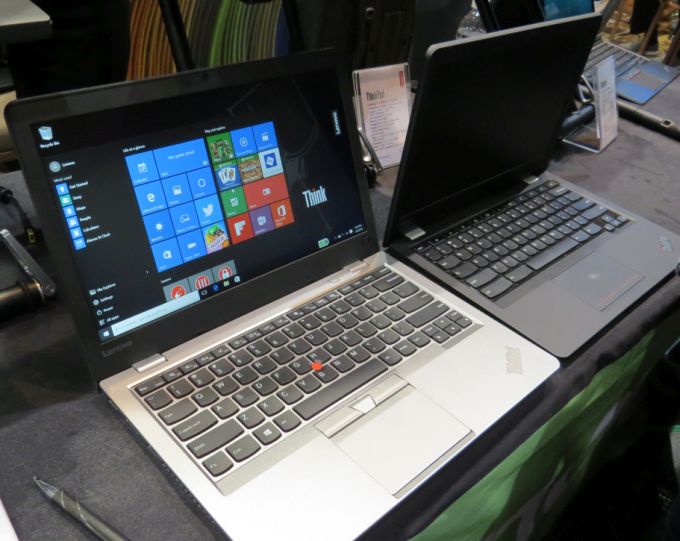 Sadly the Chrome model I saw wasn’t working, so I couldn’t really test it out. But both notebooks basically felt like entry-level devices with relatively cheap plastic cases… which isn’t surprising since they have entry-level prices. The Thinkpad 13 Windows laptop is coming in April for $449 and up, while the Chromebook 13 with Chrome OS should be available in June for $399 and up.

That makes it rather expensive by Chromebook standards, but there aren’t a lot of Chromebooks with Core i5 processors.