It’s generally a bad idea to use the zoom feature when snapping photos with most smartphones. That’s because they typically use a digital effect to zoom in on a photo, which usually just makes it look worse than it would have if you had just moved you phone closer to the action.

But the Asus Zenfone Zoom has an optical zoom lens, which lets you magnify an image threefold without applying any digital effects. You can still use digital zoom if you’d like in order to get a sort of 12x zoom, but the images won’t look as good.

I got a chance to spend a little time with the Zenfone Zoom this week, and the zoom lens really does add a new dimension to smartphone photography, by letting you use a feature that’s probably best ignored on most phones. 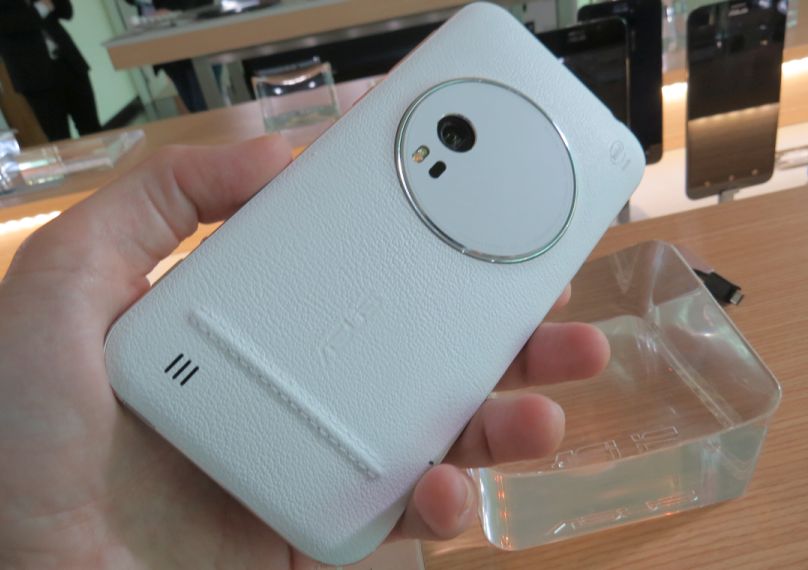 It does take a moment for the zoom to kick in, so you won’t be able to snap zoomed-in photos instantly. But it does generally work as promised.

The camera-centric phone also has a dedicated camera shutter button. Press it at any time to launch the camera app. This works even if the screen is off. When you’re using the camera you can zoom in or out either by pinching the screen or by pressing the volume buttons. 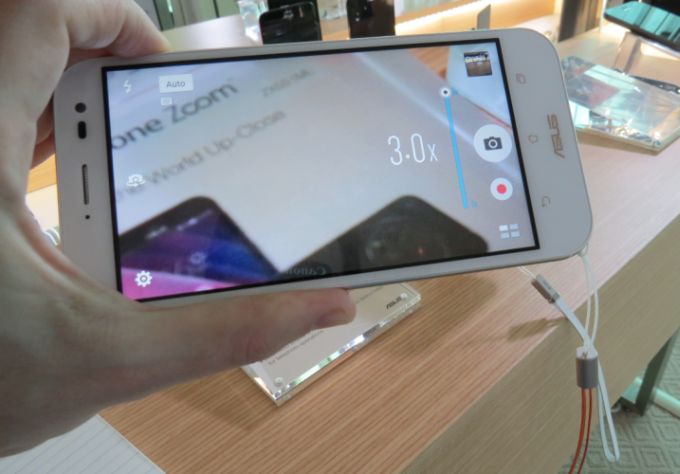 Most of the phone’s other specs are pretty much the same as those for the Zenfone 2. Like that phone, the Zenfone Zoom has a 3,000 mAh battery and an Intel Atom Moorefield processor (although this model has an Atom Z3590 chip instead of a Z3580 processor). And like the Zenfone 2, the new phone will ship with Android 5.0 with the Asus ZenUI suite of apps.

Asus says there are plans to release an Android 6.0 updated for all of its Zenfone 2-related phones in 2016, but the company isn’t ready to announce exact timing yet.