Basically the Yu Yutopia has some of the best specs available for an Android-powered phone in late 2015. But it also has a surprisingly affordable price tag. 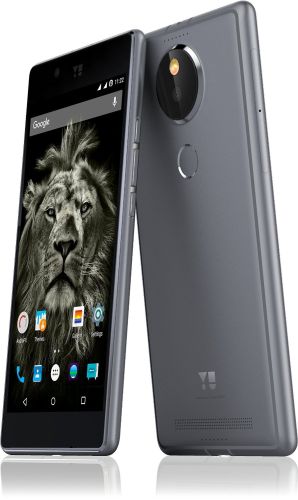 The phone also features a microSD card slot for up to 128GB of removable storage, Qualcomm Quick Charge 2.0 technology, an 8MP front-facing camera, a fingerprint sensor on the back, 802.11ac WiFi, Bluetooth 4.0, and support for 4G LTE networks.

Yu’s new phone runs Cyanogen OS 12.1 software, which is based on Android 5.1 Lollipop.

On paper, the phone seems to pack Nexus 6P-like specs into a phone the size (and price) of the Nexus 5X.

Of course, there are likely to be some trade-offs: this phone isn’t a Nexus device. It doesn’t get software updates delivered directly by Google. It may have a fingerprint sensor, but it’s not the Nexus Imprint sensor used in the latest phones from Google. And it’s unclear whether this will be yet another phone that suffers from Snapdragon 810-related performance issues.

The biggest thing to keep in mind is that Yu is a subsidiary of Indian device maker Micromax, and it’s unlikely that the Yutopia will be made widely available outside of India anytime soon.

But it’s nice to see that China doesn’t have a monopoly on manufacturing phones with high-end features and selling them at mid-range prices.

via NDTV, GizChina, and Android Central