The first smartphones to ship with the Windows 10 Mobile operating system are already available. But if you have an older phone that runs Windows Phone 8 or Windows phone 8.1 you’ll have to wait a little longer for Microsoft to roll out Windows 10 as a software update.

While Microsoft had planned to begin offering Windows 10 Mobile for existing phones in December, the company has updated its timeline.

Now Windows 10 Mobile should begin rolling out in early 2016. 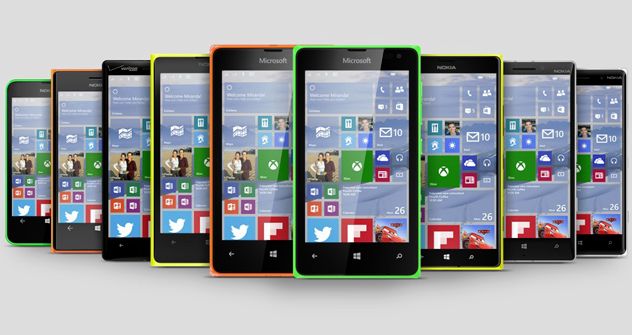 There is a way to get the software earlier though: existing Windows Phone users with supported handsets can sign up for the Windows Insider program to try out pre-release software on their phones. Just don’t expect an entirely bug-free experience.

Superficially Windows 10 Mobile looks a lot like the last few versions of Microsoft’s smartphone operating system. But the latest version shares a lot of code with Windows 10 for desktop and notebooks, which is why new apps from the Windows Store that are based on Microsoft Universal App platform will be able to run on Windows 10 Mobile, but not Windows Phone 8.1 or earlier.

Some key apps including Outlook and the Camera app have also been updated.

One Windows 10 Mobile feature that will not be available for older phones? Continuum. Microsoft has said that this feature which lets you connect a keyboard, mouse, and external display to a Windows 10 phone in order to run apps in a desktop-style environment will only work with newer phones like the Lumia 950 and Lumia 950 XL.