The Stikbox is a smartphone case with the added bonus of having a selfie stick built right in. The company behind this convenient invention is seeking about $50,000 in crowdfunding on Kickstarter to put it into mass production.

The iPhone fitted case is a simple hard shell cover that is relatively thin. That is, until you add 30 inches of collapsible aluminum to the backside.

The stick part of the Stikbox is a length of aluminum that is tightly packed into the backside of the case, Tetris-style. The user slides the base of the stick out until it reaches two-and-a-half feet. Then, adjusts the case on the rotating joint to get the right position. Then, let the narcissism commence.

The case also has a kickstand feature for setting your smartphone in the landscape position so you can continue to film yourself, hands-free. The backside of the case is sort of a book-like design that opens up, teepee style. 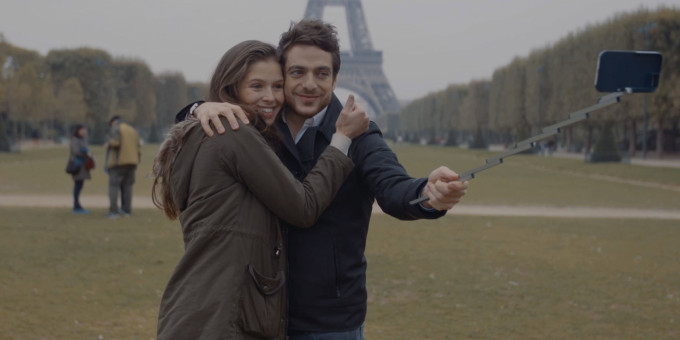 When the selfie stick first hit the scene, it was hugely popular and practically everyone at any special event or tourist location had a three-foot smartphone extender sticking out and getting in everyone’s way.

It got so bad that the selfie stick has been banned at a lot of locations, like Comic-Con, Disneyland, and even Wimbledon.

Well, now you can take your selfie stick with you wherever you go without being harassed by staff. All you have to do is collapse it back into its case and play innocent when asked to hand it over. 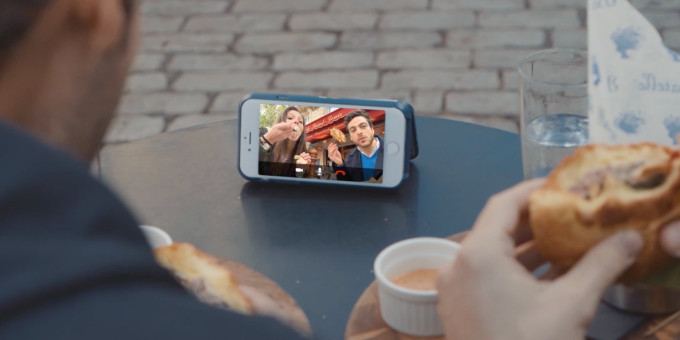 Editor Brad’s note: I laughed at selfie sticks like everyone else, but on a trip to Hong Kong earlier this year, I kind of wish I’d had one. I have a lot of pictures of my wife in front of beautiful scenery and a few of myself. But I’ve only got a few photos with both of us in them.