Dual-screen smartphones haven’t exactly taken over the world in the past year or two… but the Yotaphone 2 isn’t the only game in town anymore.

This summer Chinese phone maker Oukitel unveiled the Oukitel U6. It’s n Android phone with a 5 inch color display on one side and a 4.7 inch E Ink screen on the other. At the time it was available for pre-order from a few stores for around $270 or less.

Now there’s another way to buy the Oukitel U6: a company CRBT is selling it in the United States as the Siam 7X. There are a few reasons you might not want to spend your money on this phone though. 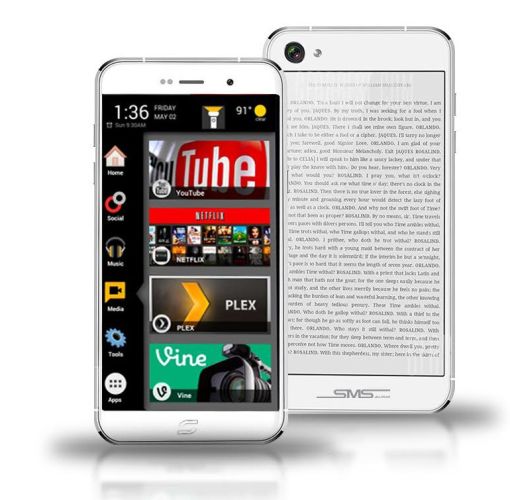 The first is that it costs quite a bit of money. It’s priced at $549, which is about twice the price of the Oukitel U6, even though I’m pretty sure it’s the same phone.

The second reason is that the phone supports Chinese 4G LTE networks, but it won’t offer 4G speeds in the US and there’s limited support for US 3G networks. Basically, this phone will probably offer 2G data speeds in the United States.

It’s also worth noting that a Kickstarter campaign for this phone was suspended due to a copyright claim and an Indiegogo campaign that was launched after that closed without reaching a modest $25,000 goal.

I’m pretty sure the Siam 7X is a real phone. It just passed through the FCC website, which is why I decided to take a closer look at the phone’s rocky road to a US launch.

There are pictures showing a dual-screen phone with an E Ink display and a MediaTek MT6735V processor and there’s a user manual. The phone just isn’t really optimized for US in the United States, and it’s twice as expensive as the model that was available directly from Oukitel.