Samsung’s Galaxy A line of smartphones are upper mid-range phones that offer premium design elements, but which generally have features that aren’t quite competitive with the company’s more expensive Galaxy S phones.

But some premium features are starting to trickle down to Samsung’s mid-range phones. Samsung has unveiled three new Galaxy A phones which will launch in 2016, and two of them have fingerprint sensors and cameras with optical image stabilization. 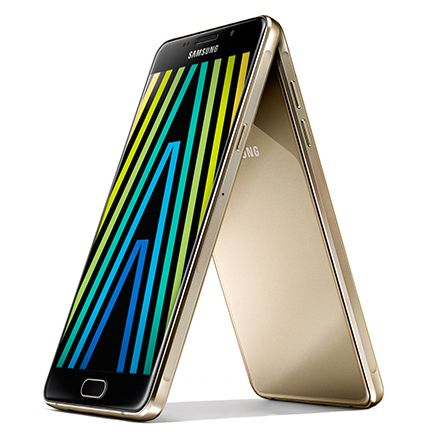 All three new Galaxy A (2016) phones have metal bodies, support for 4G LTE networks, and microSD card slots (which sets them apart from the latest Galaxy S phones).

Samsung says the new phones will be available in China in mid-December before rolling out to other markets around the world in the coming months.

Here’s a brief run-down of the specs for each new model: