Want a laptop that doesn’t take up a lot of space, but which has a keyboard that’s large enough for comfortable touch-typing? Japanese company King Jim has a solution.

The company’s Portabook XMC10 is a laptop with an 8 inch display. But it’s got a keyboard that measures about 12 inches wide. You can fold the keyboard in half so it takes up less space when the laptop is closed. 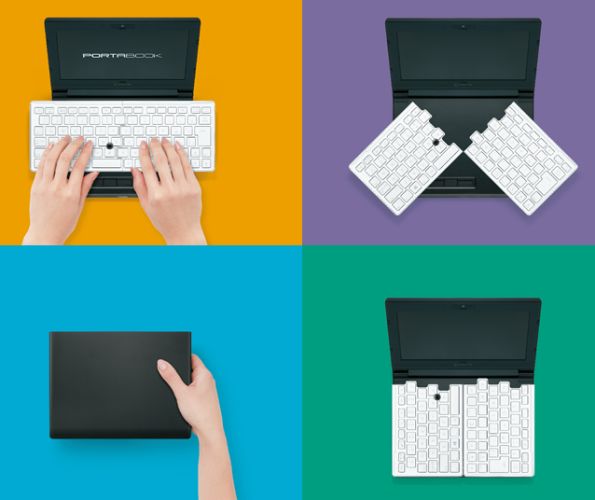 In the center of the keyboard there’s an optical pointing button.

This isn’t the first time we’ve seen a laptop with a keyboard that’s wider than the display. But it is the first model I’ve seen in a few years. Unfortunately it’s unlikely that this model will be offered outside of Japan anytime soon.

The Portabook XMC10 is expected to launch in Japan in February for about 90,000 yen, which is roughly $740 US.

The notebook has stereo speakers, a USB 2.0 port, HDMI and VGA ports, and a micro USB port.

via Gizmodo and Nikkei