A few years ago the idea of a fully-functional computer with a $35 price tag seemed crazy. These days you can find models that sell for as little as $5 or $9. But the Raspberry Pi Zero and CHIP aren’t particularly powerful.

Neither is the PINE64… but it’s more powerful than most other devices that sell for under $20.

This single-board computer has an Allwinner 1.2 GHz 64-bit ARM Cortex-A53 quad-core processor, support for up to 1GB of RAM, and a starting price of $15… at least during a Kickstarter campaign that’s scheduled to launch on December 9th.

Update: The Kickstarter campaign is now live, although the computer has a slight name change: it’s called the Pine A64. 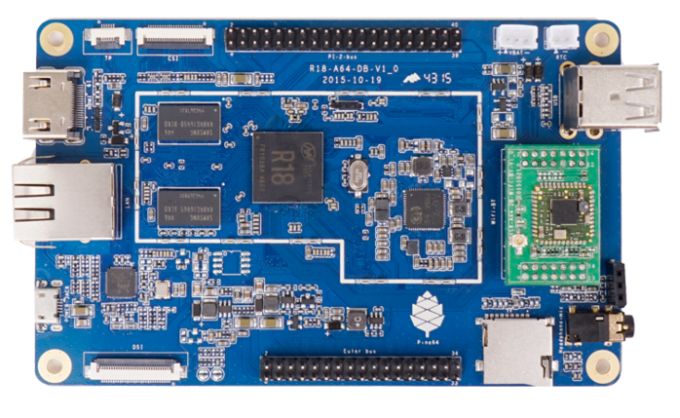 A pledge of $15 will reserve a model with 512MB of RAM, and a 10/100 Ethernet port. Spend $19 and you can request a model with 1GB of RAM, Gigabit Ethernet, and additional connectors for an optional camera, touch panel, and video adapter.

Both models feature ARM Mali 400MP2 graphics, two USB 2.0 ports, HDMI output with support for 3840 x 2160 pixel displays, and 3.5mm audio jacks. The PINE64 has no built-in storage, but there’s a microSD card slot which can handle cards up to 256GB.

The developers say the computer can run Android 5.1, Ubuntu Linux, and other operating systems.

Plug in a keyboard, mouse, display, and Ethernet cable and you’ve basically got a small, low-power computer. But there’s also a Raspberry Pi 2-compatible 40-pin header for connecting additional hardware, including accessories designed for the Raspberry Pi.