There’s no shortage of thin and light laptops on the market, but LG’s Gram line features some of the most compact models around. The company currently offers models with 13.3 inch and 14 inch displays, and both laptops measures just 0.5 inches thick and weigh just 2.16 pounds.

So what’s next? LG has a new model coming soon that features a 15.6 inch display and an Intel Skylake processor. And like its smaller siblings, the new LG Gram 15 will weigh just 2.16 pounds. 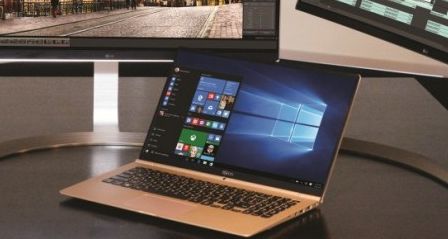 LG plans to show off the new LG Gram 15 model 15Z960 at the Consumer Electronics Show in January.

There aren’t many other details available about the laptop yet, but LG says notebook isn’t much larger than a typical laptop with a 14 inch display. That suggests it could have extra-thin bezels around the display.