Lenovo now sells tablets with built-in projectors, allowing you to shine movies, photos, or other content on a screen. Don’t have a screen handy? Now Lenovo has a rather unusual solution: a designer jacket that serves double duty as a portable projector screen.

The Lenovo Screen Jacket has a colorful exterior and a white interior, along with a design that lets you unfold the jacket and attach it a wall, fence post, or other surface to use as a blank screen for a Yoga Tab 3 Pro with a projector. 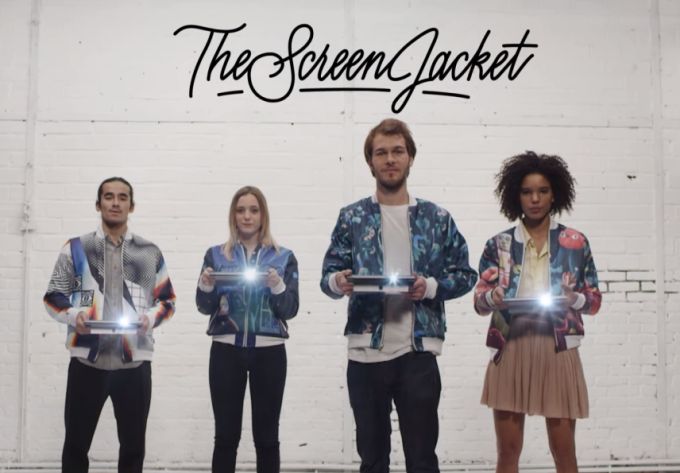 Lenovo France is launching the jacket, along with Parisian fashion label Pantheone. It will be available with patterns from big name designers, including Janine Rewell, Yogo Honda, Felipe Pantone, and Jeanspezial.

Wondering how much screen space you get from a jacket? When its unfolded the Lenovo Screen Jacket becomes a 120cm x 60cm (47″ x 24″) screen, so it’s kind of like having a 52 inch widescreen display surface.

The Screen Jacket won’t be cheap though. According to MiniMachines, it’s expected to sell for about €350 ($383).

In other words, the jacket is about the same price as the tablet it’s designed to compliment. I’m sure Lenovo hopes someone buys a Screen Jacket, but their introduction is probably as much about marketing the concept of a tablet with a projector in it as it is about creating an actual accessory designed to be used.