Chinese device maker Huawei is a big name overseas, but the company’s smartphones haven’t exactly been widely available in the US… at least not until Huawei partnered with Google to produce the Nexus 6P.

But according to the Wall Street Journal, Huawei is hoping to make a big push in the US next year. 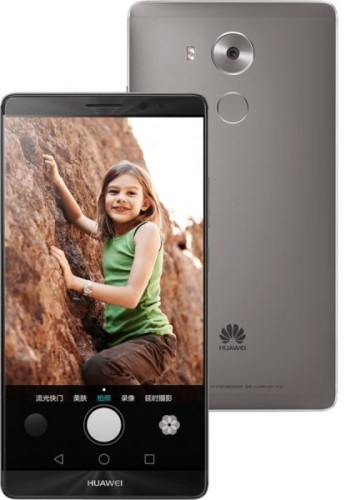 Huawei is holding an event at the Consumer Electronics Show in January, where the company is expected to showcase the mid-range Honor 5X smartphone (which is already available overseas) and a new smartwatch. But the WSJ reports Huawei will also bring its high-end Mate 8 smartphone to the US in 2016.

The Huawei Mate 8 is a 6 inch phone with a full HD display, a Kirin 950 octa-core processor with four ARM Cortex-A72 CPU cores and four Cortex-A53 cores, a fingerprint sensor, a 16MP Sony IMX298 camera, a 4,000 mAh battery, and up to 4GB of RAM and 128GB of storage. It also has a microSd card slot for removeable storage.

The Honor 5X, meanwhile, is a phone that sells for about half the price, and which has a 5.5 inch full HD display, a Qualcom Snapdragon 616 octa-core processor, 2GB of RAM, 16GB of storage, a miroSD card slot, a 3,000 mAh battery, and a fingerprint sensor.

We first heard news that Huawei was planning to bring its Honor line of mid-range phones to the US last week, but at the time it was unclear which phones the company would market in the States.

The WSJ reports that in addition to bringing its high profile phones to the US in 2016, the company will launch an advertising campaign to raise brand awareness.