A few weeks after officially launching its Cortana personal assistant software for Android, Microsoft has removed a key feature. You can no longer start a search or ask a question simply by saying “hey Cortana.”

According to Engadget, Microsoft removed the feature because it conflicts with Google’s “OK Google” voice activation feature. 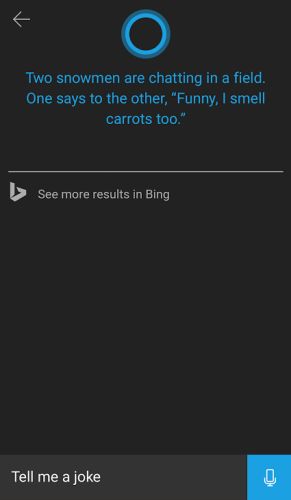 You can still use Cortana on an Android phone. But you’ll need to launch the app manually and if you want to use your voice instead of typing a query, you’ll have to press a button first.

It’s possible that the “Hey Cortana” trigger could re-appear in a future release, but right now you’ll need a smartphone running Microsoft’s own Windows operating system if you want to interact with Cortana using nothing but your voice.

Cortana is also available for iOS, but the iPhone version of the app is much more limited than the Windows or Android versions.