Acer introduced the Revo Build mini-desktop computer in September, promising it’d be available in the United States later in the year. Now the company has delivered on that promise: this little desktop computer with Windows 10 Home software, a Celeron N3050U Braswell processor, 2GB of RAM, 32GB of storage, and a USB keyboard and mouse has a list price of $180.

But right now Amazon is selling it for $130. 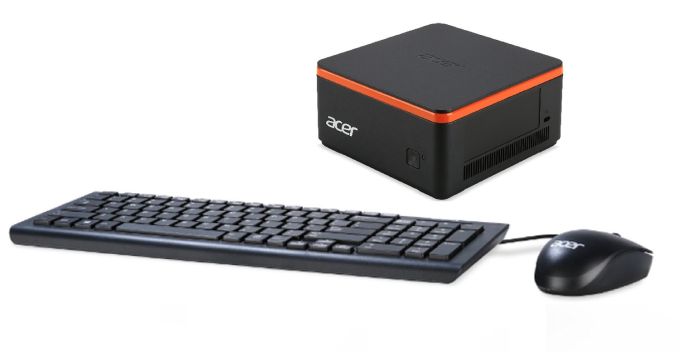 The key feature that makes the Revo Build stand out from other tiny desktops is its modular design: you should be able to add storage, speakers, graphics cards, or other hardware by stacking a series of blocks.

Right now it doesn’t look like any of those blocks are available in the US yet. Still, $130 isn’t a bad price for this little computer. But if you’re looking for something a little different, today’s daily deals roundup includes some good deals on a number of other tiny desktop computers.