One of the coolest new features in Windows 10 Mobile is Continuum for phones: connect your phone to an external display, keyboard, and mouse and you can run Universal Windows apps in a desktop-like environment.

Since Windows phones ship with Microsoft Office software, that means you can view and edit documents, respond to emails, and manage your notebooks from OneNote on a big screen.

Right now you don’t have to pay anything extra to use Office with Continuum for phone. But that will change on April 1st, 2016. 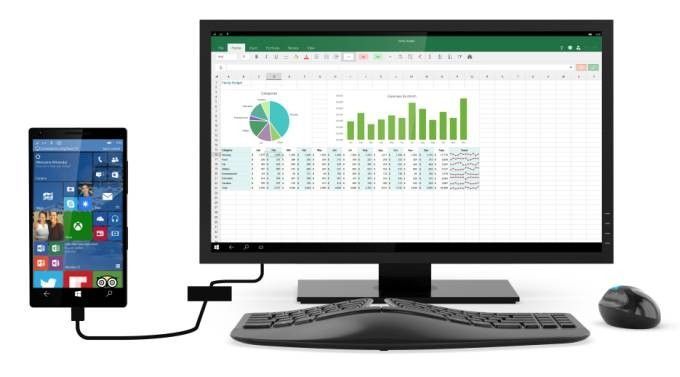 That’s when Microsoft will require an Office 365 subscription if you want to edit Word, Excel, or PowerPoint files when using Continuum for phone.

The move isn’t a huge surprise: Microsoft generally lets you use its mobile versions of Office for free on small tablets and smartphones but requires a subscription if you want to use the same apps on notebooks or other devices with larger screens.

Still, it could make Windows 10 Mobile a little less attractive for some users… at least until someone ports competing office suites such as Google Docs, LibreOffice, or SoftMaker Office to Microsoft’s Universal app platform.

Microsoft Office 365 subscriptions start at $60 per year or $7 per month for Office 365 Personal, which lets you run Office on one computer and one tablet (in addition to your phone).

Note that not all phones running Windows 10 will support Continuum. Right now the only phones on the market to support the feature are the Microsoft Lumia 950 and Lumia 950 XL, although the upcoming Acer Jade Primo will also have Continuum features.