The Amazon Fire may not be the best tablet money can buy, but it is probably one of the best tablets you can buy for $50 from a well-known company headquartered in the United States. It has a 7 inch, 1024 x 600 pixel IPS display, a quad-core processor, and Amazon’s custom version of Android 5.1 with integration to the company’s app, music, book, and video stores.

Now Amazon has announced the Fire tablet is available for purchase in China, where it has to compete with hundreds of other cheap tablets. 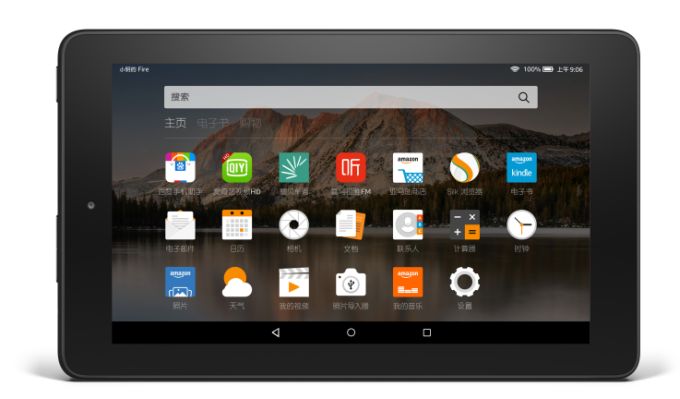 Interestingly, it doesn’t seem like Amazon plans to compete on price alone: the Fire tablet is priced significantly higher in China than it is in the US. Amazon is selling the tablet for RMB 499 in China, which is the equivalent of $78 US.

Amazon already has a presence in China, where the company says millions of people are already using Kindle eReaders. The company will offer English and Chinese content for the Fire tablet and has a partnership with Chinese internet giant Baidu to offer search, video, and other apps for the tablet.

Some features are still only available in English, including the Word Wise function that lets you quickly get definitions for words when reading an eBook. Amazon says this will be useful to Chinese readers who are learning English… although it’s also a feature that’s available in regions like the United States, where English is natively spoken.

It’ll be interesting to see if the Fire tablet gains traction in a country where there’s no shortage of Android tablets available for under $50.