Amazon is gradually rolling out an update to its Fire TV products that brings a few new features and updates Fire OS to Android 5.1 Lollipop.

Among other things, Fire OS 5 adds support for Alexa voice commands if you’re using a voice remote, brings Amazon Prime Stations to the music section, and lets you use Bluetooth headphones, keyboards, and mice on the Fire TV Stick.

But there’s at least one more reason to get excited about Fire OS 5: the latest version allows you to access sideloaded apps from the main menu. 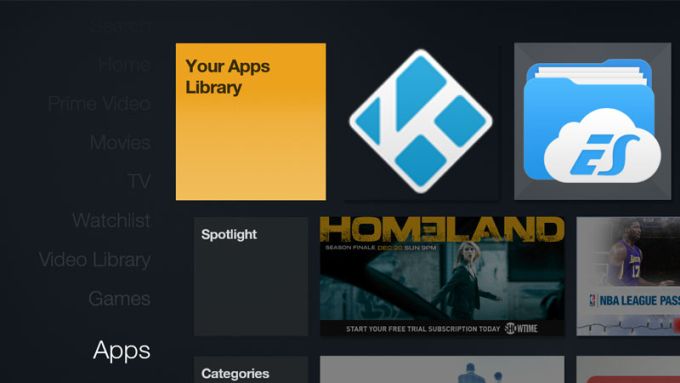 That means you can install apps that aren’t available in the Amazon Appstore and launch them without digging into an endless maze of Settings menus or installing a third-party app launcher.

What kind of third-party apps? Kodi media center is probably the most popular.

We told you how to install Kodi it last year. Now it’ll be a lot easier to launch once it’s installed.

AFTV News notes that once your Amazon Fire TV or Amazon Fire TV Stick is updated to Fire OS 5.0.4, all you need to do is scroll down to the Apps section to see a list of apps installed on your device. This includes apps you’ve purchased from the Amazon Appstore as well as apps you’ve sideloaded.

Want to make it even easier to access Kodi or other third-party apps? Just choose the “add to favorites” option to put them in the menu that probably launches when you first turn on your Fire TV.

There’s one small catch: Fire OS 5.0.4 is only available for the 2nd-Gen Fire TV and the Fire TV Stick with Voice Remote for now. If you have a 1st-gen Fire TV device you’ll probably have to wait until early 2016 to get the update.