Chinese tablet maker Teclast has a new tablet on the way, and it’s a doozy. The Teclast X16 Power has an 11.6 inch full HD display, an Intel Atom x7-Z8700 Cherry Trail processor, and 64GB of storage.

It also has 8GB of RAM, making it one of the first Cherry Trail products I’ve seen to take full advantage of the chipset’s support for that much memory.

Geekbuying is taking pre-orders for the Teclast X16 Power for $425, which makes this tablet about $75 cheaper than a Microsoft Surface 3. 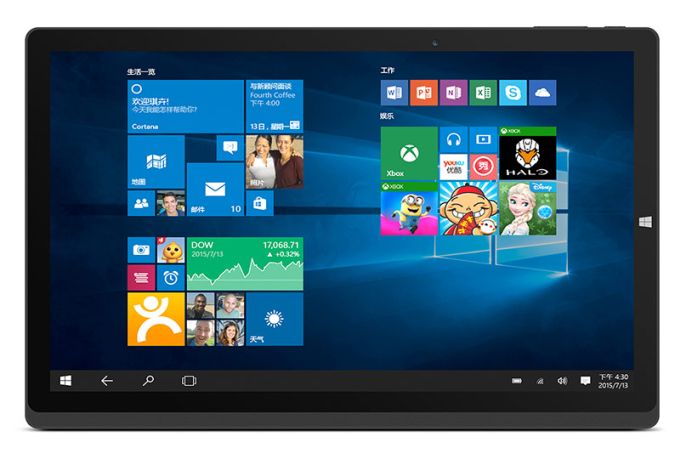 The Teclast tablet is a dual OS machine: it ships with both Windows 10 and Android 5.1 software pre-installed. You can switch from one operating system to the other by rebooting.

The tablet supports 802.11b/g/n WiFi and Bluetooth 4.0, has a microSD card slot for up to 64GB of removable storage, and sports a 5MP rear camer and a 2MP front camera.

It also has a USB 3.0 port, a micro USB port, a micro HDMI port, and a headset jack. There’s a docking connector for a keyboard, but the keyboard is sold separately. Teclast will also offer an optional pen, but it’s not clear if the tablet uses an active digitizer or if it will be a passive stylus.

There’s also a lower-priced version of the tablet called the Teclast X16 Pro. That model has an Atom x5-Z8500 processor and 4GB of RAM.