Have a smartphone and a data plan… but find yourself avoiding watching video on the go because you’re worried about hitting your data cap? T-Mobile is rolling out an update to its service that will let you stream video from some services without that data counting against your data cap.

T-Mobile calls the service BingeOn and says it’s launching with 24 partners, but it’s open to any online video service that meets T-Mobile’s requirements for network-optimized video. 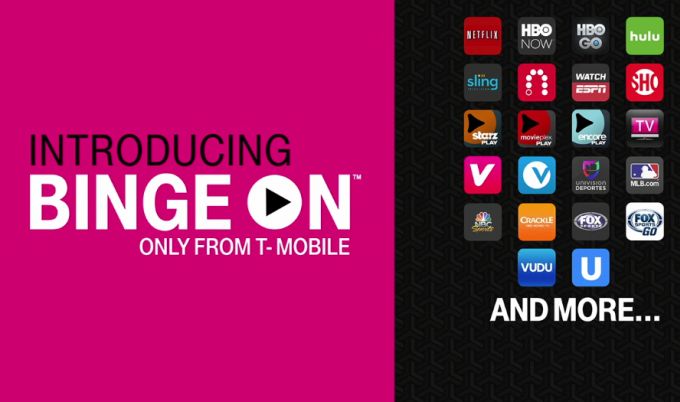 This follows the carrier’s “Music Freedom” service which similarly lets customers stream music from select services without it counting against a data cap. When T-Mobile launched that service, there were some concerns that it violated net neutrality by preferring traffic from some sources over others, but CEO John Legere says both Music Freedom and BingeOn are free for users and free for video providers.

Customers can also choose to turn BingeOn off if they don’t want to use it.

Legere says that while the video uses proprietary compression technology, the videos will stream at DVD quality or better. T-Mobile handles the compression, but internet video providers need to essentially mark their data as video streams in a way that lets T-Mobile know that it needs to be handled differently. Any site providing legally-streamed content qualifies… including adult video sites.

T-Mobile says it would love to include YouTube and the company’s in talks with Google. But unless Google gets on board, it won’t happen.

BingeOn launches November 15th, and it’ll be available to all Simple Choice and Simple Choice Amped customers with plans that offer 3GB of data or more. 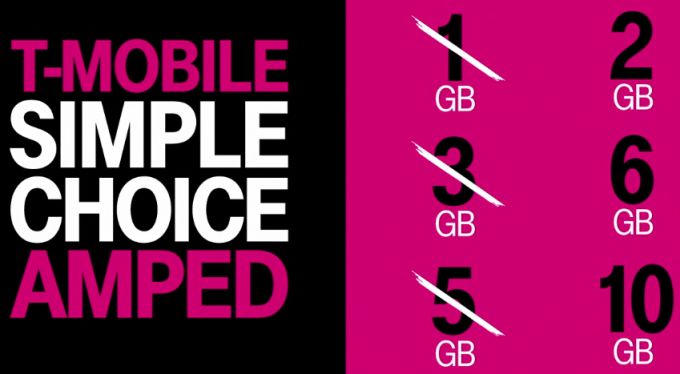 T-Mobile is also announcing some other changes to its mobile data plans. First up, the company is doubling the amount of data available for its Simple Choice plans.

There are also some changes to the company’s family plans plus a limited-time promotion where families that sign up for 3 lines will be able to add a 4th line free. T-Mobile’s Unlimited LTE customers now get 14GB of mobile hotspot data instead of 7GB. And T-Mobile says it’s also doubling the amount of data available for business customers.

Update: It’s not all good news though. As Android Police noticed, T-Mobile has increased prices for most of its plans for new customers. Existing customers are grandfathered in and get the increased data without paying any more money.