It’s been about two years since game company Valve announced it was developing a platform that would bring gaming PCs into the living room. It took a little longer than expected, but now you can buy a Steam Machine gaming PC running Valve’s Steam OS software.

PC makers including Dell (Alienware), Zotac, and Syber are already selling the first Steam Machines, and more are on the way.

Valve, meanwhile, is also selling some of its own hardware for the first time.

The $50 Valve Steam Controller is a wireless game controller designed to bridge the divide between traditional PC and console-style gaming. It has touch-sensitive surfaces where you’d normally find D-Pads, allowing you to play games that were designed for mouse and keyboard input as well as titles that play well with gamepads.

Valve’s $50 Steam Link is a tiny box that you can put next to your TV in order to stream games from a PC connected to your home network. You’ll need a pretty powerful gaming PC and a speedy internet connection to get the best results, and Valve recommends using a wired Ethernet connection instead of a wireless connection. But if you don’t want to put your PC next to your TV, it’s nice to have a more discrete option. 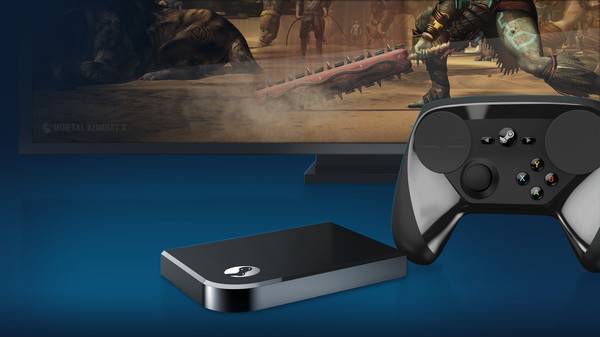 There are a few important things to keep in mind about Steam Machines. The first is that they’re basically just gaming PCs. Don’t like Steam OS? You can probably install Windows or a different OS if you’d like. But just like other gaming PCs, not all Steam Machines are created equal. Don’t expect the same kind of performance from a $500 model as you’d get from a $3,000 model.

You should also keep in mind that SteamOS is a Linux-based operating system. While there are over 1,500 PC games available from the Steam Store that will run on SteamOS, there are many more games that are Windows-only. So while the idea of a gaming PC that offers a console-like experience is nice, if your preferred games aren’t available for SteamOS then you might be better off just buying (or building) a Windows gaming PC, installing the Steam client and running Steam’s Big Picture Mode software in order to get a steamOS-like experience.

5 replies on “Steam Machines and other hardware are now available”