The Exynos 7420 processor used in Samsung’s latest phones is already one of the fastest ARM-based chips on the market. But Samsung says its next chip will be offer a 30 percent performance boost and 10 percent better power efficiency. 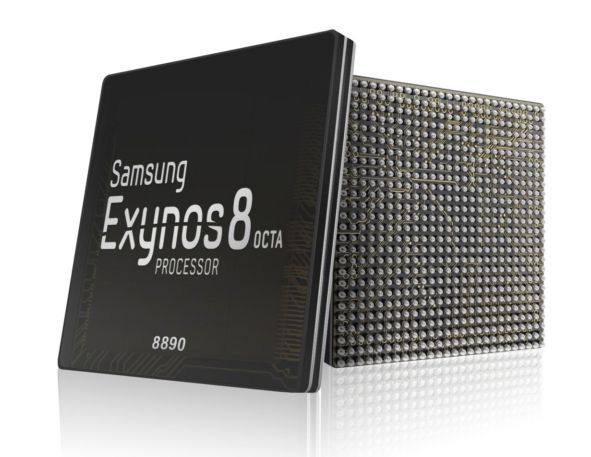 Like the Exynos 7420, the new Exynos 8890 is an octa-core, 64-bit chip based on ARMv8 technology and manufactured using a 14nm FinFET process.

But while the 7420 featured four ARM Cortex-A57 CPU cores and four lower-power Cortex-A53 cores, the new chip is the first to pair four of Samsung’s own custom ARMv8 CPU cores with four Cortex-A53 cores. It’ also the company’s first premium chip to feature an integrated LTE modem with maximum download speeds up to 600 Mbps and upload speeds as high as 150 Mbps.