Circular Devices is on track to launch one of the first modular smartphones. The team has been showing off concepts for the upcoming phone for much of 2015, and now the Puzzlephone crowdfunding campaign is now live on Indiegogo. 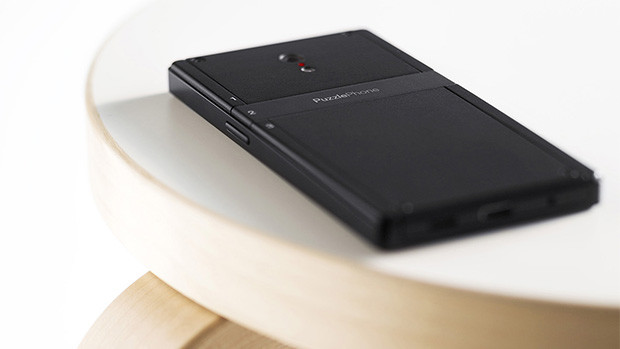 The PuzzlePhone allows the user to replace the “Spine” (the screen), the “Brain” (the storage), and the “Heart” (the battery), so they don’t have to replace their entire smartphone every time one component breaks or becomes outdated.

It will run Android 6.0 Marshmallow. It will have a 5-inch HD display with 1920 x 1080 pixel resolution. It will include a 5 MP front-facing camera and a 12 MP rear camera with an LED flash. It sports a 64-bit ARM processor with eight cores and 3GB of RAM. The rechargeable battery is 2800 mAh.

Early backers of the crowdfunding campaign can join the early bird tier, and gets in line for the first run of 16GB PuzzlePhones for $333 with an estimated delivery date of September of 2016. But only 250 of those units will be available.

A chance to get the 64GB Indiegogo Limited Edition model will run you $777. It features copper accents and a special numbered plate and custom engraving. There will only be 250 of these made.

Once the early bird tiers are sold out, Circular Devices is expected to offer the 16 GB model for $495 and the 32GB model for $550.