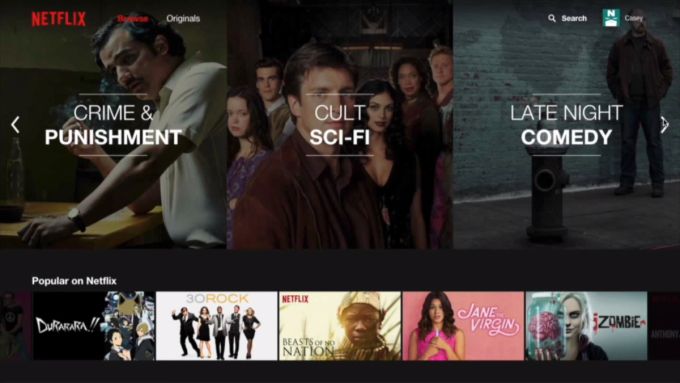 The Stream Possible hack was an effort to optimize Netflix for streaming over 3G connections. The bitrate is limited, there’s a custom Netflix boot sequence, and Netflix is designed to run on a cheap HDMI stick. The idea is that this could let people stream videos in regions where it might be hard to find wired internet connections or 4G wireless speeds.

Smart Channels, meanwhile, provides collections of content grouped by theme. Want to watch classic Sci Fi? It could fire off an episode of Star Trek followed by an episode of Firefly, making the streaming experience feel a bit more like traditional TV… but without the ads. And of course if you want to binge watch a show that comes up, you can always exit the channel and just start watching that show exclusively.

One of the more surprising hacks is OK Netflix, which lets you speak a line of dialog to your phone to see the scene where that dialog occurs. Want to skip to a certain point in a movie or TV show but can’t remember exactly when that scene occurs? Just talk to your phone and Netflix can search the closed captioning for the video and start the scene a sentence or two early.

There’s no telling if any of these projects will ever be released to the public, but I can see situations where each would be useful.

Other projects include a video game based on the Netflix series Narcos and a 1950s TV that’s been retrofitted with the tech necessary to stream Netflix.