Windows may be the dominant operating system for notebook and desktop computers but it’s in a distant third place when it comes to smartphones, so it’s not surprising that many mobile app developers prioritize iOS and Android over Windows.

So Microsoft decided to do something about the app gap and earlier this year the company announced it would launch tools that would make it easy for developers to port existing Android, iOS, and web apps to run on Windows 10 and Windows 10 Mobile. There are also tools that let developers of legacy Win32 apps turn their software into Universal Windows Apps that can run across phones, tablets, PCs, and other platforms.

But Windows 10 has been available for months… so where are those apps? Some are on the way, while others… might not be. 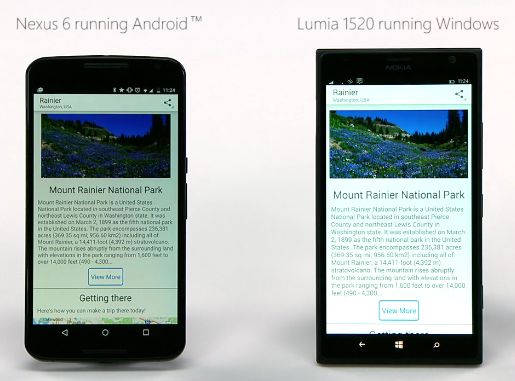 According to Windows Central, it looks like the iOS, Web, and Win32 porting projects are expected to launch soon. The Android app solution… not so much.

Microsoft hasn’t officially commented on the matter, but Windows Central says it’s spoken to developers and other sources who say the project is delayed, or possibly even canceled.

There are a few possible reasons for that. Most of them have to do with the fact that while Microsoft has developed tools for porting iOS, Web, and Win32 apps to the Windows 10 Universal app platform, the company was planning to take a different approach with Android apps. Windows 10 was supposed to simply include an Android emulator, making it easy to just run unmodified Android apps.

On the one hand, that would have made it extraordinarily easy for developers to submit existing apps to the Windows Store. On the other hand, it also made it rather easy for developers to get lazy and not bother actually customizing their apps to take advantage of Windows features or design elements. It could also make it easy for users to install pirated apps (or just apps that the developers hadn’t explicitly made available for Windows).

I imagine Microsoft also wasn’t pleased when some folks figured out how to install Google Mobile Services on a pre-release build of Windows 10 Mobile earlier this year, essentially bringing some services that are only supposed to be available for Android phones to Windows.

I should repeat: Microsoft hasn’t publicly stated that Android apps aren’t coming to Windows 10, so take all of this with a grain of salt. But Microsoft also hasn’t said much lately to give us the idea that they will be coming anytime soon. So it certainly seems plausible that the company is giving up on the idea, or at least making some behind-the-scene changes before rolling it out.

12 replies on “Maybe Android apps aren’t coming to Windows 10 after all?”