Karma sells a mobile hotspot for $149 called Karma Go that you can use to connect to Sprint’s 4G LTE network on the go. That’s not particularly unusual, but the company’s business model is: when you activate a hotspot you’re not the only one that can connect to it: anyone can. And when somebody does connect to you hotspot, you get perks. That’s why it’s called Karma… because of the sharing. Get it?

Anyway up until now Karma has only offered pay-as-you-go plans for $14 per gigabyte of mobile data. Now there’s a new option called Karma Neverstop. For $50 per month, you get unlimited data.

Update: Well, maybe not entirely unlimited. In January, 2016 the company plans to lower the speed of its internet connection to prevent people from using it as a replacement for home broadband. Update 2: On second thought, Karma has opted to offer un-throttled speeds for the first 15GB of usage, and even slower speeds if you use more than that. 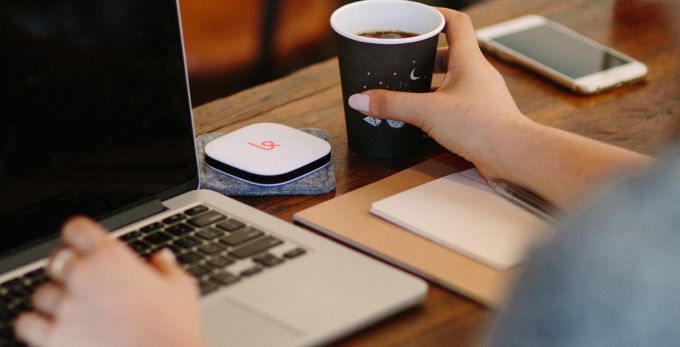 If you typically use more than 4GB of data per month, the new plan could save you a lot of money… but there are a few caveats to the new Neverstop plan:

On the other hand, there’s no data cap, so you can use as much mobile broadband as you need. And there’s no contract, so you can cancel your plan at any time.

If you stick with the pay-as-you-go plan which Karma calls Refuel, you can buy data that never expires. Pay $14 for a gigabyte and you can use it at any time. There’s also no cap on you speeds, so Karma says you’ll probably see average speeds between 6 and 8 Mbps. Download speeds in some areas can go as high as 25 Mbps. And there are discounts if you buy more than 1GB at a time: you can get 5GB for $59 or 10GB for $99.

When other people connect to your Karma Go you get 100MB of free data if you’re on a Refuel plan, or a $1 credit on your account if you’re a Neverstop customer.

Karma says each connection is isolated, so other users connecting to you hotspot won’t be able to access your computer.

Karma isn’t the only company with an unusual approach to the mobile hotspot space. FreedomPop offers a limited amount of free mobile data for its customers and a variety of paid options to add more data. But the company doesn’t currently have an unlimited option.

The Karma Go hotspot, by the way, measures about 2.9 inches square and half an inch thick. It should get up to 5 hours of battery life, supports Sprint’s 4G LTE and 3GCDMA networks, and allows you to connect up to 8 devices simultaneously using 802.11b/g/n WiFi.