Apple unveiled the iPad Pro in September, and now it’s available for purchase.

Apple also offers a couple of accessories, like the Smart Keyboard and Pencil, which are designed to help the user with productivity. Apple isn’t trying to sell the iPad Pro as a replacement for a laptop, but is clearly trying to appeal to users that don’t really need a laptop anyway. 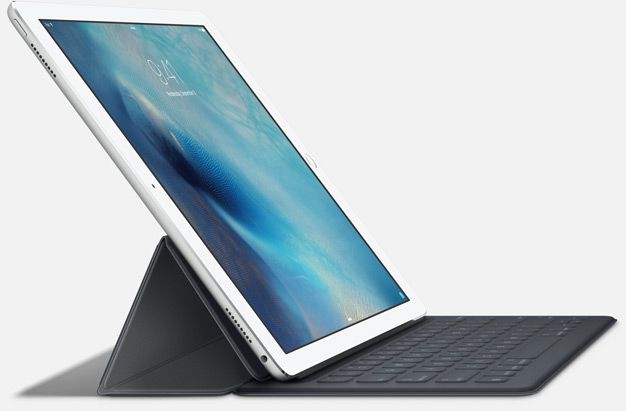 Along with Microsoft’s recently launched larger form Surface Pro 4, there is a lot of talk about big-screen tablets and their place in this world. Can these devices fill a niche in the market for people looking for a mobile device that is large enough to work on, but light enough to be more convenient than a laptop? This holiday season, we will probably get an idea of just how lucrative the large tablet market is going to be.

When it comes to the iPad Pro, is it worth the high price tag, especially when you take in to consideration the companion accessories? The hardware may be solid, but early reviews seem to think the iPad Pro suffers from a software disability.

Most tech site reviewers are impressed with the performance of the iPad Pro’s A9X processor is really doing its job here. Reviewers also comment on the beauty of the 2732 x 2048 264ppi display. It is the highest resolution screen available on any iOS device so far. Additionally, the sheer size of the screen makes it easier to perform certain productivity tasks. Apple’s new split-screen feature was clearly designed for the iPad Pro.

When it comes to accessories, the Pencil is the big winner. Apple designed its iPad Pro-only stylus to be more than just a capacitive writing tool. Instead, using some secret electrode technology with a special touch screen to provide pressure sensitive digital feedback that is more natural than a traditional stylus.

The Pencil is also properly weighted to feel like a real graphite pencil. The latency between writing and its receiving on the screen is less than 20 milliseconds. The iPad Pro is designed to sense when the Pencil is near the display and beings scanning for a “tip signal” 240 times per second. Sensors in the tip also detect pressure and tilt for realistic shading.

The keyboard is being considered an overpriced addition to the iPad Pro accessory line. While it works perfectly well with the tablet, it doesn’t stand out as a must-have addition. The keys can be a bit “mushy” and there aren’t even any iPad-specific shortcut keys. The Smart Keyboard is also not backlit. Most reviewers recommend waiting for a third-party keyboard that will provide a better level of function.

When it comes to software, most reviewers note that the iPad Pro suffers from the limitations of iOS 9. The general consensus is that the 12.9-inch tablet should include some sort of hybrid OS X that would allow the users more functionality.

In the end, the question is, whether it’s worth spending $800 or more for the iPad Pro. Here are some reviewers’ thoughts on the matter.