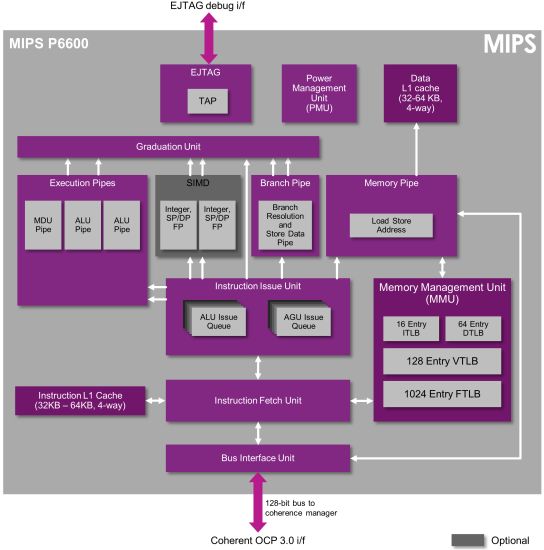 The MIPS P6600 CPU core is based on MIPS64 r6 architecture and supports out-of-order execution, 128-bit integer and floating point SIMD processing, and hardware virtualization. Imagination says up to 6 of the CPU cores can be combined on a single cluster.

Imagination says the P6600 is an update to last year’s P5600 chip, which was a 32-bit processor. The move to MIPS64 allows for larger physical and virtual addressing space, among other things.

The new M6200 and M6250 chips are based on MIPS32 architecture and they’re aimed at low-power hardware, but Imagination says the new chips offer up to 30 percent higher frequencies than their predecessors.

MIPS processors don’t get as much attention as ARM or x86 chips, but these new chips could power anything from tablets and TV boxes to industrial equipment, digital signage, internet-of-things products, and other devices. But there’s plenty of competition in those spaces.