CyanogenMod is an open source, custom version of Android developed and maintained by a community of volunteers, while Cyanogen OS is a commercial operating system developed by Cyanogen Inc… a company founded by some of the lead developers of the open source project.

In other words, while you can install CyanogenMod on dozens of Android phones, you generally only get Cyanogen OS if you buy a phone that comes with the software pre-loaded.

Up until now, that’s meant that some apps developed for Cyanogen OS were unavailable to CynaogenMod users… but the developers have now released a new tool that helps bridge the divide. 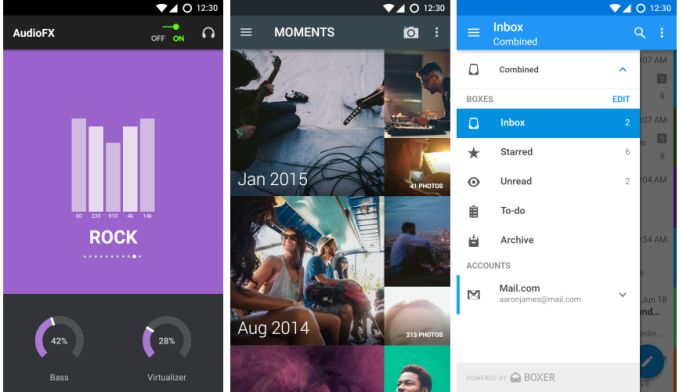 Cyanogen Apps Package is a bundle of apps that you can flash using a recovery tool, much the way you would flash Google Apps.

For now the C-Apps package includes the AudioFX equalizer tool, Cyanogen’s photo gallery, the Cyanogen Theme Store and Theme Chooser, and a few other apps including a phone dialer with TrueCaller search integration and an email app powered by Boxer.

The C-Apps package is available for devices running CyanogenMod 12.1 and the developers say it will always be an optional add-on: there are no plans to integrate it directly into the community version of the operating system.

But if you’d like to make CyanogenMod feel more like the software that’s available for phones like the OnePlus One and Yu Yureka, now you can.