When the folks behind the Blocks modular smartwatch launched a Kickstarter campaign to raise money for their project last month they only promised to make about five modules available at launch.

Now Blocks has introduced some more modules that are on the way, including a cellular block that will let the watch connect to AT&T’s wireless network. 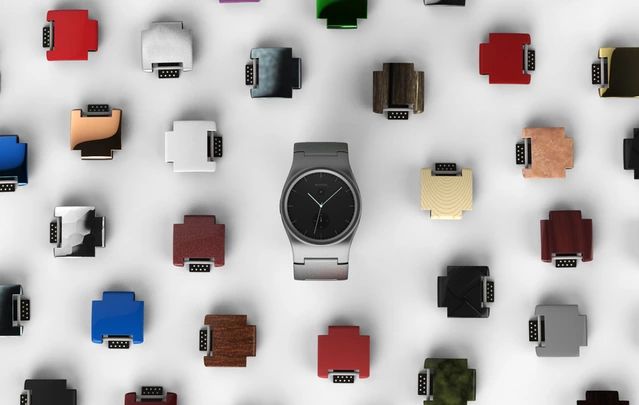 Another new module will add a fingerprint sensor to the smartwatch.

The Blocks system consists of a core module with a touchscreen display, processor, memory, storage, WiFi, Bluetooth, and a battery. But you can add 4 or 5 modules to the wristband (depending on the size of the band) to add features including an extra battery, GPS, NFC, a heart rate sensor, or an “adventure module” which has altitude, pressure, and temperature sensors.

We already knew that those would be among the first modules available, and that SIM card and fingerprint sensor modules could be revealed in the future. Now it looks like the future has arrived a bit earlier than expected.

The Blocks team was hoping to raise $250 thousand through its crowdfunding campaign. With more than a week to go until the end of the campaign, the project has raised more than $1.4 million and met a few stretch goals.

The core module now has a Gorilla Glass display, there’s a metallic finish option, and if the campaign passes the $1.5 million mark, BLOCKS will upgrade the display technology to AMOLED.

Blocks has also announced plans to release 3D CAD files that will let anyone design custom shells for its modules, allowing anyone to create a custom design for their smartwatch.