BlackBerry’s first smartphone that runs Google Android hit the streets this month, but it looks like another model could be coming soon. The folks at CrackBerry have received some leaked images showing what the follow-up to the BlackBerry Priv might look like.

And what it looks like… is pretty much a BlackBerry phone. There’s a large touchscreen display and a tiny thumb keyboard below the screen. Unlike the keyboard on the Priv, this one doesn’t go anywhere: it’s always there when you need it… and when you don’t. 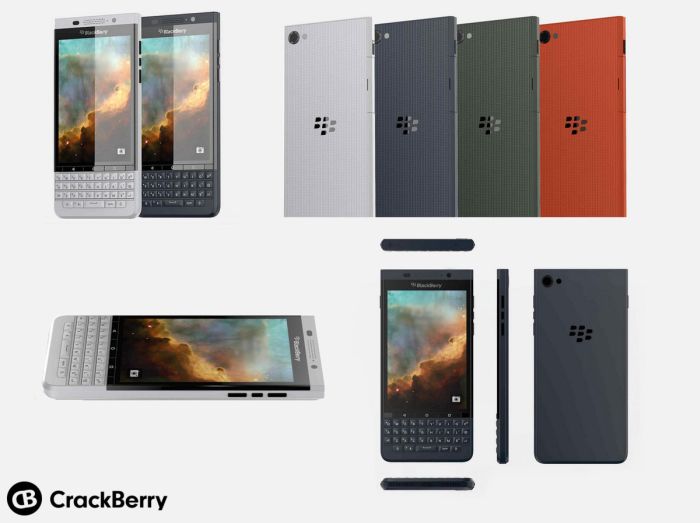 The code-name for the BlackBerry Priv was “Venice,” while CrackBerry says this model is called “Vienna” while in development. There’s no word on what it will actually be called when it goes on sale.

There’s also no word on what’s under the hood: while the phone likely runs software similar to what you’d find on the Priv (which means a close-to-stock Android operating system with some extra BlackBerry features including search, communication, and security tools and a custom app switcher), we don’t know anything about the processor, screen resolution, cameras, or other components.

But if BlackBerry follows through with plans to launch this phone, it could pretty much double the number of high-profile Android phones with keyboards on the market.

3 replies on “BlackBerry’s second Android phone leaked, also has a keyboard (but it doesn’t slide)”