Apple’s streaming music service is now available for Google Android, making it one of the first major Android apps released by Apple (one of the others is a “move to iOS” app the company released in September).

Apple Music is a subscription service that lets you stream songs on demand, listen to curated playlists, or tune into live internet radio stations.

Not sure that’s worth paying $10 per month for? New users can sign up for a 3-month free trial. 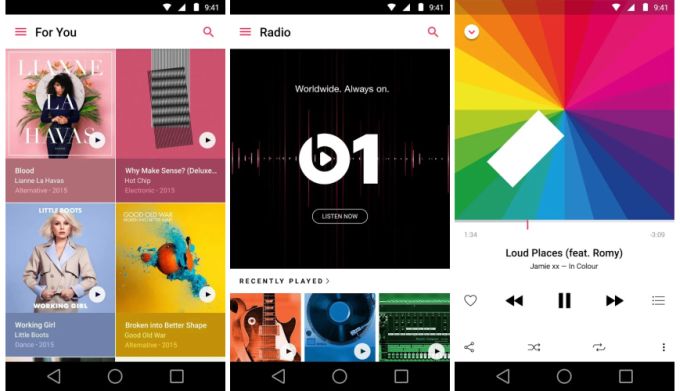 In addition to streaming music, playlists, and radio stations, Apple Music will let you access any songs you’ve purchased from iTunes. So if you use iTunes on a PC or Mac, the Apple Music Service now gives you a way to access your music collection on an Android device.

Apple Music for Android is launching as beta software, and there are a few rough edges that Apple is still polishing. For example, if you want to sign up for a family membership, you’ll currently need to do it on a Mac or iOS device. If you don’t have one, you’re kind of out of luck.

Or you could just pay the same $10 per month for a subscription to Google Play Music Unlimited and YouTube Red.