We already knew smartwatches running Google’s Android Wear operating system would be able to support cellular service, because LG announced in September that its LG Watch Urbane 2nd Edition LTE would be able to work on 3G and 4G networks.

Not surprisingly, LG’s new watch is the first to support the feature. It’s already available from AT&T and it’s coming to Verizon this week. 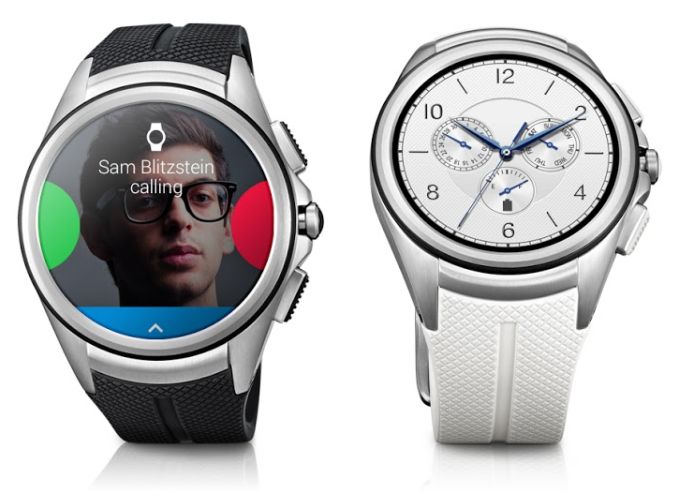 So how does the cellular service work? When your Android Wear device can’t find a WiFi or Bluetooth connection it will automatically switch to cell service. That way you can leave your phone at home and continue to use your internet-connected watch on the go.

If your phone and watch are both connected to the same cellular network you’ll also be able to receive and send text messages on the go, perform Google searches, and use third-party apps.

Google says you’ll also be able to answer phone calls or make new calls from your wrist. You can do that by pairing a Bluetooth headset with your watch, but we’re also starting see Android Wear devices with speakers, so maybe one day you’ll be able to leave your phone and headset at home.

The LG Watch Urbane 2nd Edition LTE, by the way, is more than just a watch with an LTE connection and a needlessly long name. It also has a circular 1.38 inch 480 x 480 pixel plastic OLED display, a heart rate monitor, 768MB of RAM, 4GB of storage, a 570 mAh battery, and a Qualcomm Snapdragon 400 processor.