Still, the new Zotac ZBOX BI323 and CI323 nano computers should pack enough power for basic computing tasks, and either one would probably make a decent home theater PC. 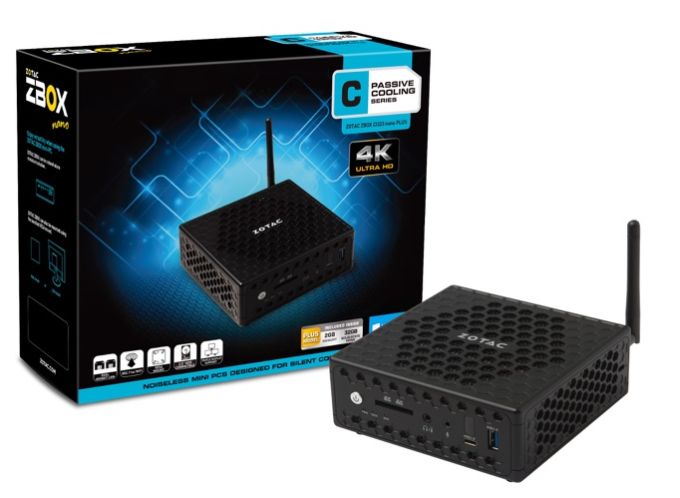 Both computers feature Intel Celeron N3150 quad-core Braswell processors, support for up to 8GB of DDR3L-1600 memory (with two SODIMM slots) and a 2.5 inch hard drive or SSD.

It has HDMI, DisplayPort, and VGA ports, a mini optical S/PDIF adapter, an SD card slot, and mic and headphone jacks. The computer also includes a wireless card with support for 802.11ac WiFi and Bluetooth 4.0. 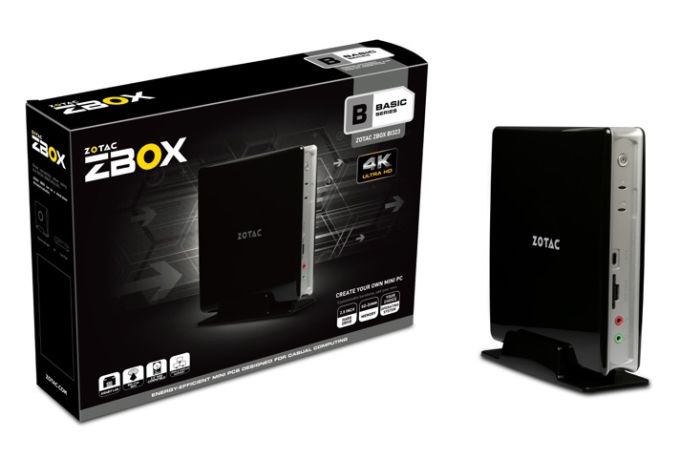 The Zotac ZBOX BI323 uses active cooling (there’s a fan, and has a different case design. But most of the guts of this system are similar: it also has 802.11ac WiFi, Bluetooth 4.0, support for up to 8GB of RAM, and a 2.5 inch drive bay.

This model has just one Gigabit Ethernet port, a USB Type-C port, two USB 3.0 ports, and a USB 2.0 port. It has VGA, DisplayPort, and HDMI port.

Zotac will offer 3 different versions of each computer: