Chinese electronics company Xiaomi may be best known for its smartphones, but for the past few years the company has been offering fitness trackers, TV boxes, and even blood pressure monitors, among other things.

The company also has a line of smart TVs, and the company’s latest is a 60 inch model with a 4K display, a slim design, a relatively low price tag, and an upgradable module that could let you make your smart TV smarter in the future without scrapping the display itself. 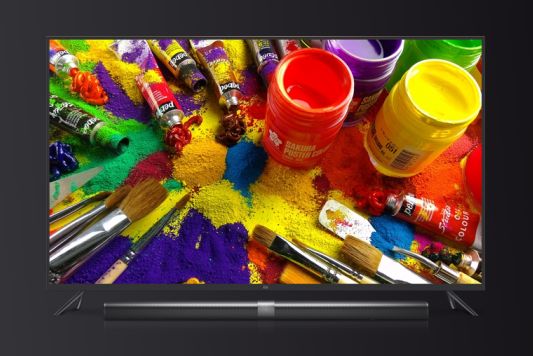 The Mi TV 3 is priced at about $786 in China, and it’s a big-screen TV with an aluminum frame that’s just about 11.6mm thick at the thinnest point and 36.7mm at its thickets.

Xiaomi says the TV supports high color gamut and MEMC motion compensation. But the cool part is the Mi Port which lets you connect the new Mi TV Bar which is sold separately for about $157.

The Mi TV Bar is basically an external sound bar with the guts of an Android computer. The Bar has a quad-core ARM Cortex-A17 processor with Mali-T760 graphics, 2GB of RAM, 8GB of storage, 802.11ac WiFi, Bluetooth 4.1, three HDMI ports, a USB 3.0 port, a USB 2.0 port, an Ethernet jack, VGA port, AV input, and audio output.

As Xiaomi points out, a typical TV can last for 10 years or longer, but smart TV hardware can be outdated in a year or two. Theoretically you could just buy any old TV and keep it smart by plugging in the latest third-party TV box like a Roku, Chromecast, or Amazon Fire TV. But the Mi TV Bar isn’t just a media streamer. It’s also a speaker system and input device for the TV.

The Mi TV Bar runs Xiaomi’s Android-based Mi TV user interface, allowing you to stream internet video and run third-party apps on the TV. And since the audio and video inputs are on the sound bar, you can mount the TV on a wall and run a single cable to the sound bar to hide the usual tangle of wires you’d get when connecting gaming devices and other peripherals to a TV.

Xiaomi has also introduced a $16 Bluetooth voice remote control that looks an awful lot like a cheaper version of the Amazon Fire TV remote, and a $94 Mi Subwoofer 6.5″ speaker unit.

Oh yeah, Xiaomi is also branching out into yet another area: the company has launched a cheap, self-balancing two-wheel scooter called the Ninebot mini. 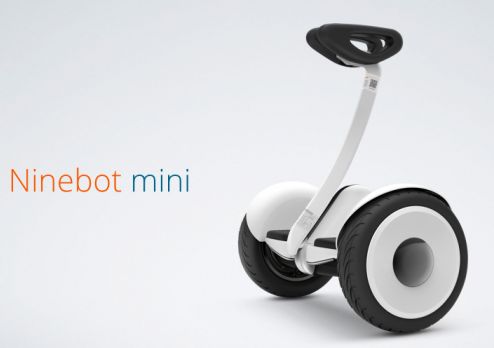 It’s basically a tiny Segway that sells for about $315 and which has a bar that can rest between your knees, but which doesn’t go all the way to your hands. You can control it using a smartphone, and Xiaomi says the electric vehicle should be able to travel about 13 or 14 miles between charges.