Microsoft is testing a number of new features that could become part of Windows 10 soon. The company is rolling out a new preview build (10565) of Windows 10 to members of the Windows Insider program. The update adds new features to the Edge web browser, offers improvements for the Cortana digital assistant, and integrated Skype more tightly into the operating system.

Not a member of the Insider program? These feature could roll out to all users in the future.

Microsoft has a detailed look at some of the new features in Build 10565, but here are a few highlights: 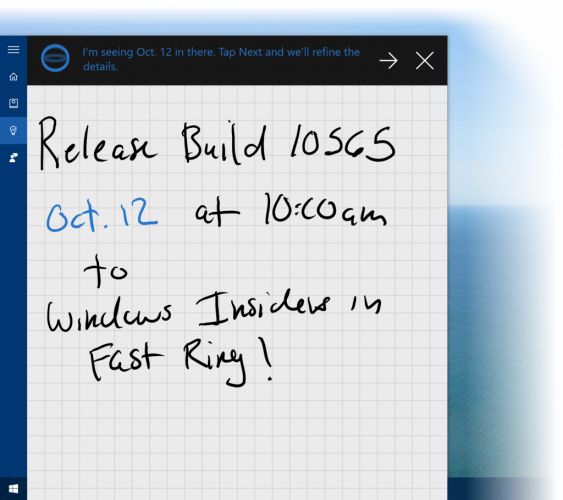 Microsoft is also making it easier to install Windows 10 on computers that are eligible for a free Windows 10 upgrade from an earlier version of Windows. If you install the new build on a PC running Windows 7 or later it will try to automatically detect your product key… but if it fails, you’ll be able to enter your product key for Windows 7, Windows 8, or Windows 8.1 to activate Windows 10.

The update also fixes some bugs… and introduces some new ones. This is pre-release software, after all. One problem is that the search box doesn’t currently work if you’re using Windows 10 in a region where Cortana isn’t supported. The Xbox app can also use a huge amount of memory if you have any games that weren’t downloaded from the Windows Store installed. And you may not be able to install Build 10565 at all on some computers with small screens (like the Dell Venue 8 Pro tablet). If you have one of those devices, you’ll see a blue screen of death when you try to upgrade, and then Windows will roll back to a previous build.