Smartphone makers are starting to add pressure-sensitive touchscreens to their devices, allowing the phones to tell the difference between hard and soft presses. Apple calls this 3D Touch, while most others call it Force Touch. Either way, if you don’t have a phone with a Force Touch display, you can’t use Force Touch features, right?

Marco Chiappetta figured out how to have his Sony Xperia Z3 Compact detect pressure applied to the touchscreen even though it doesn’t technically have a Force Touch display. 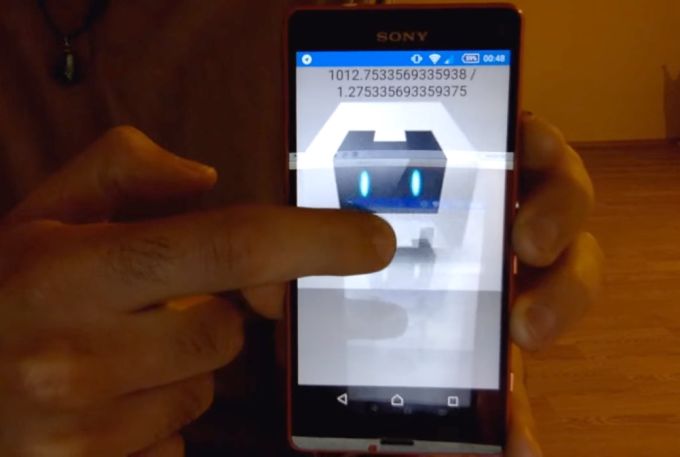 Here’s how it works: the phone has a barometer which can detect pressure. It also has a waterproof design, which means that when all of the port flaps are closed, the phone is nearly water-tight.

That means that when you press the screen, air has nowhere to go and any software that monitors the barometer will detect an increase in pressure.

This probably won’t work on phones that don’t have waterproof designs like the Sony Xperia Z line of devices. And even on those phones, you’ll need to make sure the flaps are secured perfectly, otherwise air will escape and the barometer won’t register significant changes in pressure when you press the screen.

Right now the barometer-as-Force Touch thing is little more than a proof of concept or maybe a party trick. But it’s not hard to imagine someone creating apps (or maybe Xposed modules) adding pressure-sensitive scrolling, context menus, or other features to phones that do support the feature.

You can check out the source code at github, along with instructions for running the code on your own device.

5 replies on “Who needs Force Touch when you’ve got a barometer?”