After running a successful Kickstarter campaign this summer, the folks behind the Ubik Uno smartphone are getting ready to ship a phone with a 5.5 inch full HD display, super-slim bezels, an octa-core processor, 3GB of RAM, a 20MP camera, and a 3,100 mAh battery.

The Ubik Uno should begin shipping to backers of the crowdfunding campaign by the third week of October. Didn’t get a chance to back the campaign? No problem — you can reserve one from the Ubik website for the same Kickstarter-level price of $305 (including shipping).

After a month or two, the price will go up, but not by much. Ubik says the full retail price for the phone is just $320. 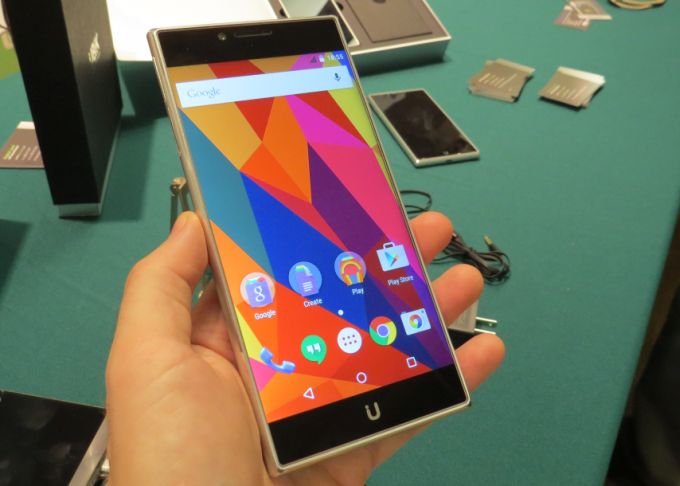 I got a chance to play with the phone for a few minutes, and while it didn’t have an internet connection or a lot of apps pre-installed, the phone felt good in my hands, seemed to handle basic navigation just fine, and snapped some decent photos. The auto-focus feature for the Sony Exmor RS IMX230 camera also seems pretty snappy.

The 1920 x 1080 pixel display is nice and bright, and the fact that there are virtually no bezels means that the front of the phone is nearly all screen.

Ubik’s Uno features an aluminum frame around the sides of the phone, a Gorilla Glass 3 screen, and a plastic back. The rear panel is not removable, so there’s no way to replace the battery, but Ubik says you can fully charge the battery in under 3 hours.

The phone features a 2.2 GHz MediaTek MT6795 octa-core processor, runs stock Android 5.1 Lollipop software, and features a microSD card slot. Ubik says the UNO will work with all major North American wireless carriers, but you’ll only get 4G LTE speeds on GSM networks. The phone supports 3G on CDMA networks such as Sprint and Verizon.

Overall, the Uno seems like a pretty interesting device for Ubik’s first phone. You get a lot of phone for not a lot of money. But Ubik is a new company that has no real track record with providing software updates or other support… so it’s not entirely clear yet if what you see is all you will ever get.