Microsoft has been making tablets and smartphones for a few years, but now the company has introduced its first laptop.

The Surface Book is a 13.5 inch notebook with a touchscreen display, an Intel Skylake processor, NVIDIA GeForce graphics, and up to 12 hours of battery life.

Prices start at $1499, and the Surface Book ships October 26th, but you can already pre-order one. 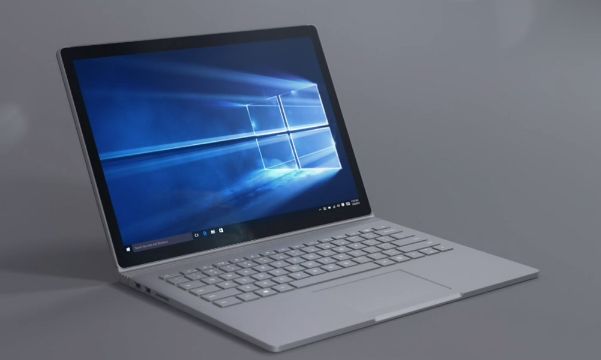 Oh yeah, it’s also a tablet. While the computer has a sturdy keyboard base with full-sized USB and HDMI ports, you can detach the screen and use it as a “clipboard.”

The NVIDIA GPU is in the base, so you can use the computer as a touchscreen tablet. But connect it to the keyboard base and you get support for more powerful hardware-accelerated graphics.

Note that you’ll need to spend at least $1899 to get a model with NVIDIA graphics. The entry-level models only have Intel HD graphics.

You can also flip the screen back 360 degrees over the “dynamic fulcrum” hinge to use the Surface Book as a tablet with the keyboard/GPU base connected.

Microsoft says the notebook has the same PixelSense screen technology as the Surface Pro 4 tablet, with 267 pixels per inch and a Corning Gorilla Glass 4 screen. There’s also support for pen input from a Surface Pen.

But unlike a Surface tablet, this is very much a notebook, with a built-in backlit keyboard that Microsoft says is sturdy and quiet (typing is said to be virtually silent). The keys have 1.6mm travel. 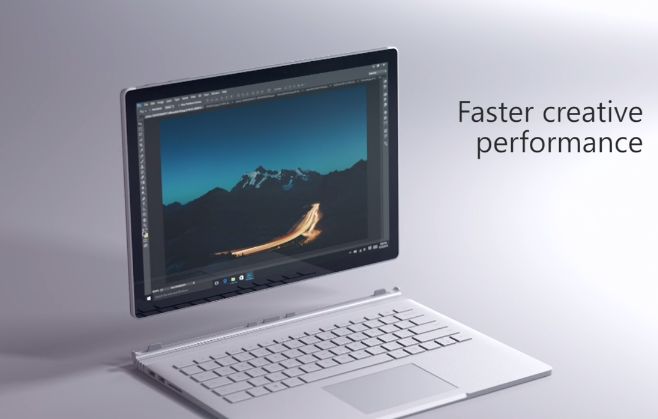 Microsoft says the Surface Book is twice as fast as a MacBook Pro (thanks to the integrated GPU, among other things).

Want to add external displays or other hardware? The Surface Book supports the new Surface Pro docking station with dual DisplayPort connectors. That lets you hook up two 4K monitors.

The notebook also has two USB 3.0 ports and an HDMI port.