UK retailer Carphone Warehouse is apparently selling some Google Nexus 5X smartphones a bit early. While Google hasn’t officially started shipping the phones in the US yet, some customer that have placed orders from Carephone Warehouse have already received the smartphone. Others have managed to just walk into a store and buy one off the shelf. 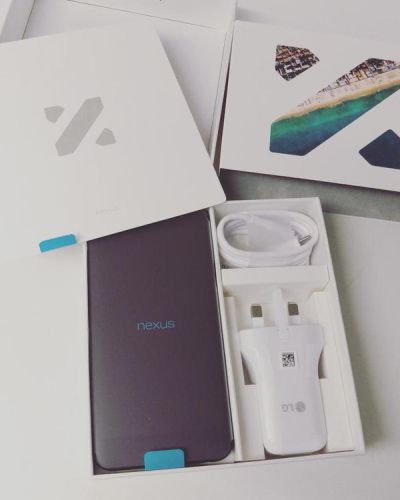 The phone has the same Nexus Imprint fingerprint sensor and 12.3MP rear and 5MP front-facing cameras as the larger, more expensive Nexus 6P. But since it has a slower processor, it lacks a few of the features available on the 6P, including image stabilization and slow-motion video recording, both of which are implemented by software rather than hardware.

Other features include a 2700 mAh battery, 3 microphones, a single front-facing speaker, and a USB Type-C port. While the phone only supports USB 2.0 data transfer speeds, it does take advantage of a few nifty features included in USB Type-C, including support for fast charging: Google says you can get about 3.8 hours of battery life from a 10 minute charge.

The charging cable is also reversible: there’s no way to accidentally insert the cable upside down.

We already knew pretty much all of that thought. Want to know how the Nexus 5X stacks up in terms of real-world performance? Professional reviews should be coming out any day now. But for now, this reddit thread from northnexusbestnexus is here to answer your questions.

Or check out this unboxing video from Joe Mulreany: