The Samsung Z3 is an entry-level smartphone with a 5 inch display, a quad-core processor, 1GB of RAM, 8GB of storage, an 8MP rear camera and 5MP front-facing camera.

But those aren’t the features that make this phone unusual: it’s also one of the only smartphones to run software based on the Tizen operating system.

Samsung is launching the Z3 in India, where it will be available starting in October for about $130. 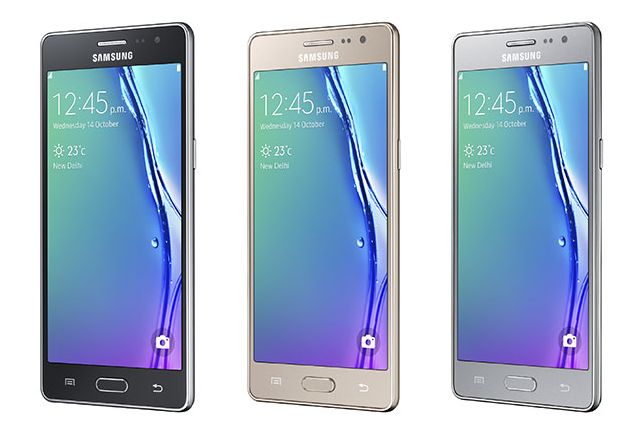 Tizen is a Linux-based operating system that can run on a variety of devices. While it’s not developed exclusively by Samsung, I’m not aware of any other companies using Tizen the way Samsung does.

The company uses Tizen for smartwatches, smart TVs, and smartphones. It’s basically the company’s alternative to Android Wear, Android TV, and to some small extent, Android.

Samsung continues to use Android for most of its smartphone lineup, and it’s hard to imagine that changing anytime soon. There are more than a million third-party apps available for Android, while Tizen can only run a tiny fraction of that number. But Tizen gives Samsung a way to hedge its bets a bit: the company has more control over the software that runs on its phones as well as the ability to take a cut of revenue from app and game sales.

As of this summer, Samsung had reportedly sold a million units of its first Tizen phone, the Samsung Z1. That’s despite the fact that it was only available in one country: India. That’s the same place where Samsung is launching its second Tizen phone, which is a little more expensive but which also has a higher-resolution display, a faster processor, and higher-resolution cameras, and a bigger battery, among other improvements.