The Samsung Galaxy View is official, and as expected, it’s a really big tablet… or maybe this device with an 18.4 inch touchscreen display and an 8 hour battery is something different.

Samsung doesn’t use the word tablet in the release announcement. Instead, the company describes the Galaxy View as a “mobile entertainment” device. It just happens to have features you’d normally find in a tablet. 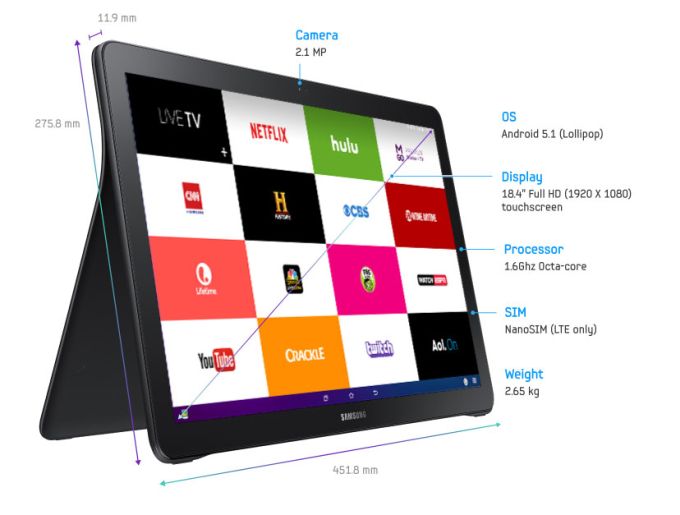 While that could make the Galaxy View a bit cumbersome to hold in your hands, you don’t need to hold it: there’s a kickstand built into the back of the device, letting you prop it up to watch videos, play games, listen to music, or make video calls, among other activities.

At the top of the kickstand is a sort of carrying handle for transporting the Galaxy View from place to place.

Samsung hasn’t officially announced the price yet, but an earlier leak had suggested that at least one model would sell for $599.

Update: Yup, it looks like the Galaxy View will sell for $599 when it launches November 6th.