Microsoft’s OneNote apps can convert handwritten notes to printed text. This makes it easy to clean up messy handwriting, but also makes your scribbled notes searchable, since OneNote can index text after it’s been converted.

But handwriting recognition is old news: soon OneNote will also be able to recognize shapes. 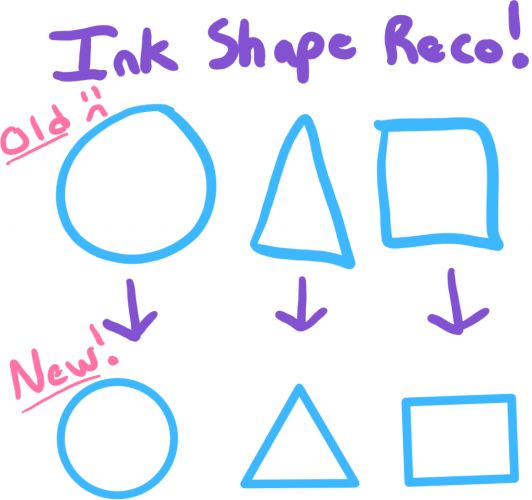 Microsoft calls the feature Ink Shape recognition, and in November Microsoft will roll out new versions of its OneNote apps for Windows 10 and iOS that include shape recognition.

The apps will be able to recognize more than a dozen shapes, including circles, triangles, squares, pentagons, and hexagons.

While this feature won’t make it any easier to search your notes, it can make your drawings a lot cleaner. Want to make a Venn diagram? Then you probably need to draw a few circles… and wouldn’t it be nice if they were actually perfectly round instead of lospided messes?

Other new features coming to OneNote include support for new stylus and pen options including the new Surface Pen and Pen tip kit and the Pencil stylus from FiftyThree.