Some folks like to watch other folks play video games. A lot. That’s why Amazon paid a billion dollars to acquire game streaming company Twitch last year, and it’s why Google launched a new service this summer called YouTube Gaming.

While YouTube Gaming may be the newcomer, Google’s got a bit of experience with streaming video… and now the company has rolled out a major update for the YouTube Gaming app for Android.

Among other things, it lets stream their mobile gaming sessions live over the internet, so anyone can watch you smash birds into pigs… or something. 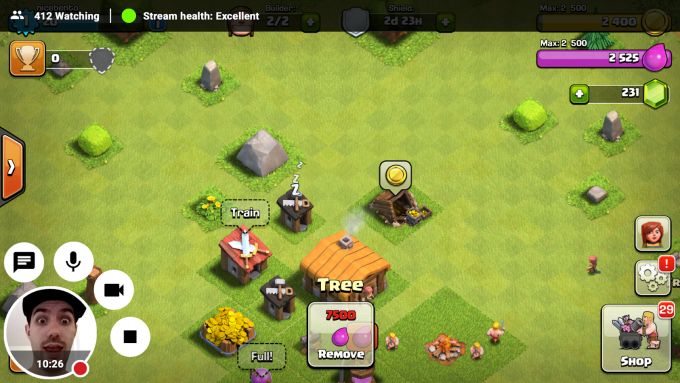 In addition to streaming gameplay over the internet, you can also capture audio and video using your phone’s mic and front-facing camera, allowing you to provide commentary while you play.

Want to capture a video of your gaming session without live-streaming it? You can do that too.

Google says other updates include faster discovery of live streams, support for tipping your favorite gamers with “Fan Funding,” and a Watch Later feature for bookmarking.