Microsoft’s Cortana person assistant software made its debut with Windows Phone before finding its way to Windows 10. This summer Microsoft also launched a beta version of Cortana for Android, but it was missing one key feature that the time: support for triggering the app by saying “hey Cortana” to your phone.

That’s something you can do with Windows devices, but which wasn’t possible on Android… until now. 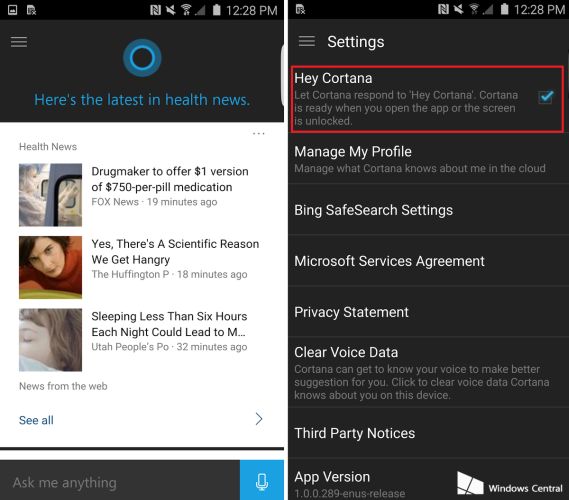 As Android Central notes, fire up the latest beta version fo Cortana for Android and dig into the settings and you’ll find an option to enable “Hey Cortana.”

This lets you speak to your phone to ask a question, make a note, or perform other actions even if the Cortana app isn’t currently running in the foreground.

There are a few caveats though: your screen needs to be on and your device needs to be unlocked before Hey Cortana voice activation will work. Google’s “OK Google” hotword detection, meanwhile, can be configured to work even when you screen is off, at least on some recent Android phones.