The new MSI Cubi N is a desktop computer with a fanless design. It measures 4.6″ x 4.4″ and which consumes less than 15 watts of electricity. It’s powered by an Intel Celeron N3150 quad-core processor and supports up go 8GB of RAM.

MSI says the Cubi N should be available by the end of October. 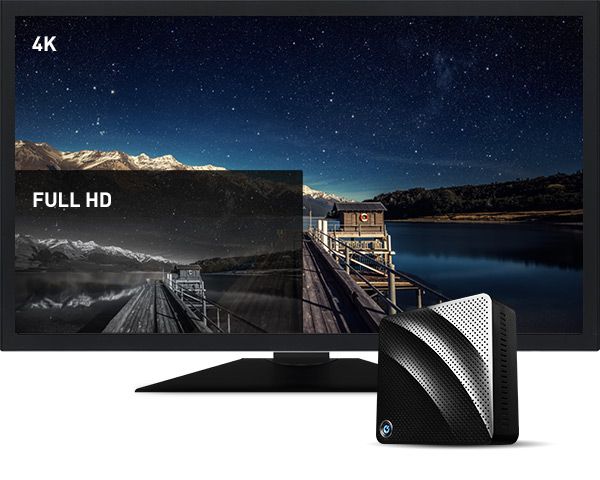 The computer has an mSATA slot for a solid state drive as well as room for an optional 2.5 inch hard drive or SSD. An SSD-only model measures about 1.8 inches high, while a version with a 2.5 inch drive bay is about 2.2 inches high.

Either way you get a computer with 802.11ac WiFI, optional Bluetooth 4.1, four USB 3.1 ports, an SDXC card reader and VGA and HDMI ports for up to two external displays: MSI says the system should be able to support dual 2160p displays.

The Cubi N can support Windows 10, but it’s likely that the company will sell the computer as a barebones system, allowing you to add your own memory, storage and OS.

An older barebones MSI Cubi with an Intel Celeron 3205U Broadwell processor, for instance, is currently available from Newegg for as little as $120 after rebate.

via Fanless Tech and TechPowerUp