Misfit’s first fitness tracker was a $100 device called the Misfit Shine that you could wear like a watch or necklace. The company followed up the Shine with a cheaper model called the Flash which offered may of the same features for half the price. 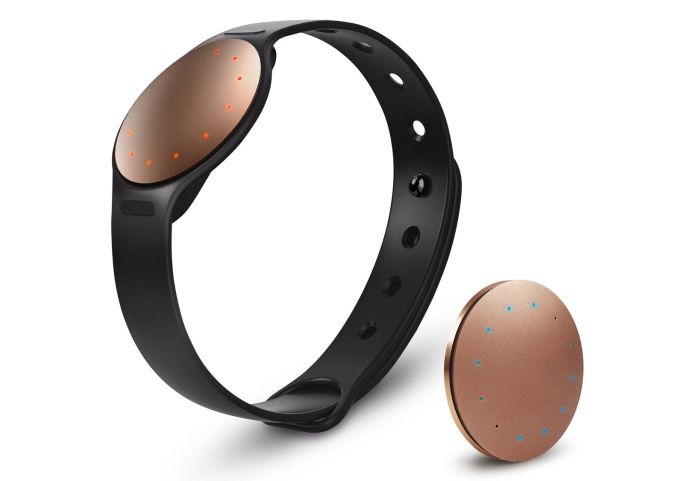 The Shine 2 is available in black or rose gold colors, and the price tag includes a sport band wrist strap.

The new model has a 3-axis magnetometer in addition to the 3-axis accelerometer found in earlier models. The lights around the edges of the device can also now be used to show the time as well as your progress toward your activity goals.

Misfit has also added a new feature called Misfit Move that will cause the Shine 2 to vibrate to encourage you to get moving if you’ve been inactive for an extender period. And when the Shine 2 is paired with a smartphone, the device can vibrate to alert you about incoming calls and text messages as well as alarms.

While the Misfit Shine 2 uses 12 LED lights instead of a full display, Misfit says you should be able to get up to 6 months of battery from a replaceable coin cell battery.

The surface of the Shine 2 is also touch sensitive. The Misfit Link smartphone app lets you use the Shine 2 to change music tracks, capture a photo, or even turn on lights using a triple-tap.

The Shine 2 has an aluminum case and it’s water resistant up to 50 meters.