Speaking of thinner, the new tablet is actually thinner and lighter than last year’s model, but Microsoft says it’s also the most powerful mode to date.

The Surface Pro 4 features a 6th-gen Intel Core “Skylake” processor and supports up to 16GB of RAM and 1TB of storage.

Prices start at $899, and the Surface Pro 3 will ship on October 26th. Pre-orders open today. 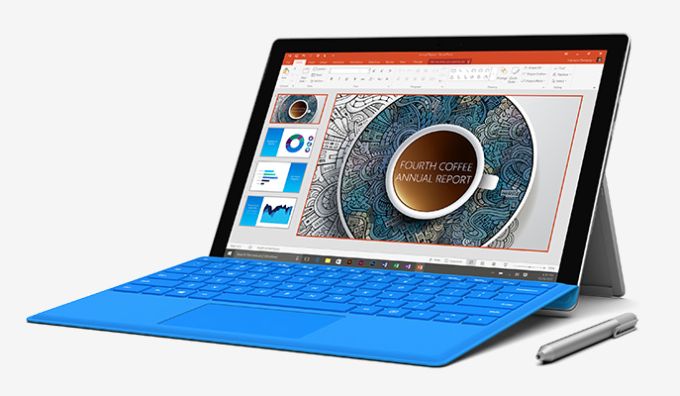 Like all Surface tablets, Microsoft is positioning the Surface Pro 4 as a tablet that can replace a laptop, and the newest version of the company’s keyboard dock includes backlit keys and wider touchpad.

The new Surface Pen has a full year of battery life, supports 1024 levels of pressure sensitivity, and includes a tail eraser. The pen is available in 5 different colors and supports interchangeable pen tips. 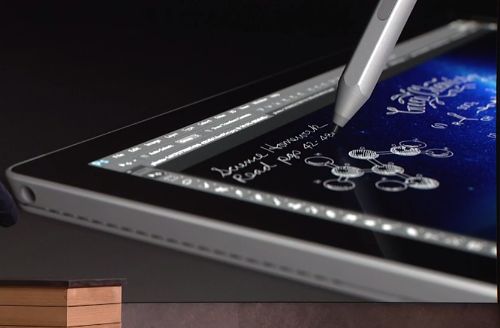 The pen also attaches to the side of the tablet via magnets, making it easy to store the pen when it’s not in use without resorting to a loop in a case or cover or slot in the case.

How much more powerful is the 2015 model? Microsoft says it offers 30 percent better performance than last year’s model.

There’s a new $199 Surface Pro docking station that works with both the Surface Pro 3 and 4 models. It has two DisplayPort connectors that let you hook up dual 4K displays, Ethernet, and four USB 3.0 ports. 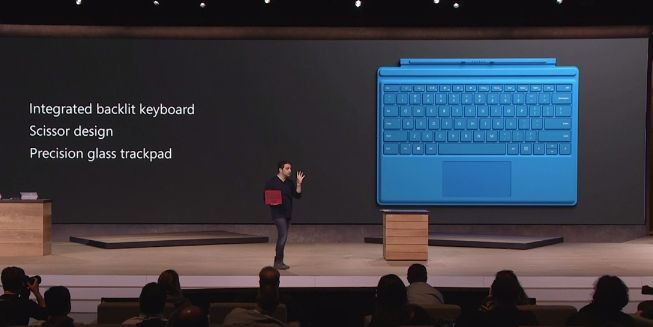 Microsoft’s new $130 Surface Pro Type Cover is a thinner and lighter cover which also works with Surface Pro 3 or Pro 4 models. It has an integrated backlit keyboard, a precision glass trackpad that’s 40 percent bigger than those on earlier models, and keys with 1.3mm travel.