Chinese device maker Mele is updating its PCG03 line of mini-computers with a new model with a faster processor.

Earlier this year the company launched a mini-desktop with an Atom Z3735F Bay Trail processor, an external antenna, and full-sized USB, HDMI, and VGA ports.

Now the company is showing off the PCG03 Plus, which has an Atom x5-Z8300 Cherry Trail chip. 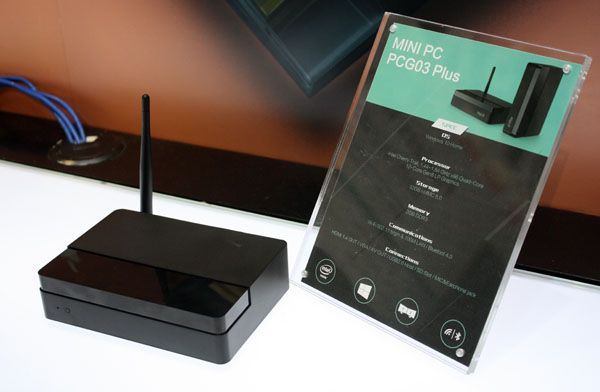 The design and other features are pretty much the same as they were for the version I reviewed in March, including:

The main differences is that the new model has a processor that should offer modest performance gains and more powerful graphics. The new model will also ship with Windows 10 instead of Windows 8.1, but that’s not really a big deal since most Windows 8 computers are eligible for free upgrades.

Notebook Italia reports the new PCG03 Plus should be available later this year for about $149.

The company also has a new PC-on-a-Stick called the PCG02, which looks a lot like the PCG01 that came out earlier this year… but the new model has an Ethernet port.