The Samsung Galaxy View is expected to launch sometime this month, and while Samsung still hasn’t officially unveiled the 18.4 inch tablet, SamMobile happened upon some promotional images that give us a pretty good idea of what to expect.

We still don’t know the price or the official launch date though. 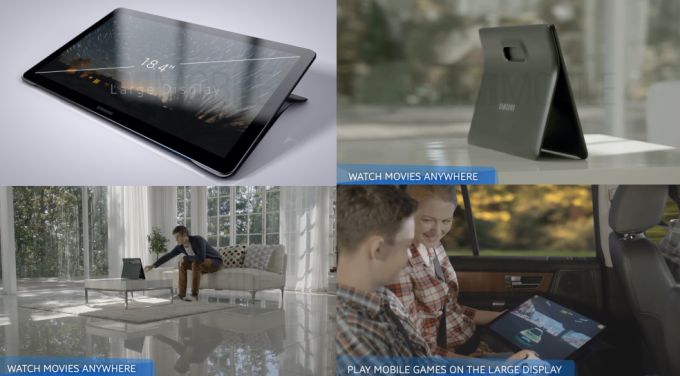