The Kangaroo Desktop Computer is a tiny Windows 10 PC that’s small enough to slide into a pocket. First unveiled this summer, the Kangaroo is now available for $99. 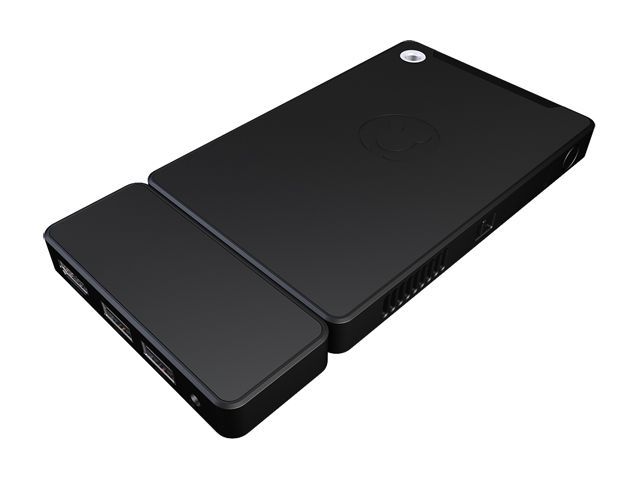 The computer measures just 3″ x 2″ and weighs about 7 ounces. It has an Intel Atom x5-Z8500 Cherry Trail processor, 2GB of RAM and 32GB of storage. It also has a microSD card reader.

The little computer also has a fingerprint reader so you can secure your login to Windows 10 using biometrics. 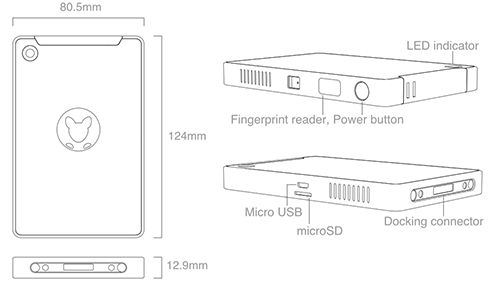 While there’s no Ethernet port, the Kangaroo supports dual-band 802.11ac WiFi as well as Bluetooth 4.0 so you can connect a wireless keyboard and mouse while leaving those USB ports free for more important devices.

Using an HDMI cable, you can hook up the Kangaroo to any screen, including a television set. There is also a free iOS software download that will allow users to connect to an iPad.

The company claims you can use the Kangaroo for four hours before needing to recharge the battery.

In an interview with BGR, Kangaroo maker InFocus says this first-generation model is just the beginning. The company plans to make more high-end models in the future. There are also working plans to make base extensions that will allow for more functionality on the current model. So, if you are an early adopter, you won’t be left behind as the technology progresses.